Though it’s still not legal, the home base of the Catholic Church hosted its first known same-sex marriage today. Barbie Latza Nadeau on the new push for civil rights in Italy.

Gay marriage is not legal in Italy, but that hasn’t stopped a number of same-sex couples from tying the knot.

On a rainy Sunday afternoon in the historic All Saint’s Anglican Church near Rome’s Piazza del Popolo, Francesco and Alessandro made their vows of marriage in the presence of friends and family. One groom wore a blue suit; the other a white one. A flower girl dressed in pink and a young ring bearer accompanied the couple, who both smiled and cried tears of happiness like thousands of other newlyweds. 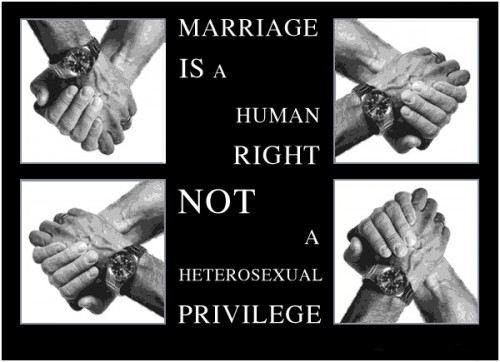 The one-hour ceremony included communion, scripture readings, and lively spiritual music by a visiting choir invited to help celebrate the first same-sex marriage known to be held in Rome, the base of the Roman Catholic Church. The grooms held hands and exchanged rings that had been blessed by Mother Teodora Tosatti, the first woman to be ordained as a priest in Italy under the Vetero Catholics, which is an offshoot of the Catholic Church. “Why should love that does not follow tradition be illegal?” she asked the congregation made up of same-sex and heterosexual couples. “Your vows to each other are as important as any other’s.”

The Rome ceremony is the second same-sex wedding in Italy in a matter of days. Last week, a city counselor in Bologna united Ida and Mariagrazia at a symbolic ceremony that divided the city and prompted staunch criticism from the Catholic Church. Bologna bishop Giovanni Silvagni said the marriage was an affront to unions between heterosexual couples. “This is a move against nature and against the order,” he said in response to the wedding, which was held in a hospice unit of a hospital where one of the brides is fighting terminal cancer.

In Milan, the city council has offered a civil-union registry, but it carries few benefits and is more like a petition for rights of gay couples. Most gay couples that wish to have their unions recognized with a legal document must do so in another country, even though no legal rights transfer back to Italy.

France plans to recognize gay marriages in October, following Belgium, Denmark, Iceland, the Netherlands, Norway, Portugal, Spain, and Sweden, which have all passed laws that give rights to same-sex couples. French politicians who support the new legislation have even introduced a bill that would remove the words husband, wife, mother, and father from legal bureaucratic documents to help pave the way for nontraditional couples and families. French president François Hollande promised to redefine marriage in his election campaign and has introduced a bill that will now define marriage as “a union of two people, of different or the same gender.”

But in Italy, where the Catholic Church still holds significant sway over the political process, gay marriage is still taboo. Rosy Bindi, president of the center-left Democratic Party, said she would consider supporting legislation for rights for same-sex couples under the statutes being revised for common-law marriages and heterosexual civil unions, but she said she would not support same-sex marriage. Nichi Vendola, the governor of Puglia and the country’s most outspoken gay politician, said that it is not enough. “At 54 I want to be able to marry my companion, or at least start the conversation,” he said at a debate on the topic. “As a citizen, as a person and as a Christian I want a real discussion and ask my state and my church why expressions of love cannot be released by an attitude carried over from the Middle Ages.”

Sunday’s ceremony in Rome was not legal, and there were a dozen body guards outside the church to stop anyone who might protest or disrupt the union from entering the church, but it was a landmark ceremony in a city that is largely considered the capital of Catholicism.

“This ceremony may not be recognized by the law,” said Tosatti. “But it is a step in the right direction.”