Jesus didn’t come to found a Super PAC. So how do I explain the role of the Roman Catholic Church in this election? 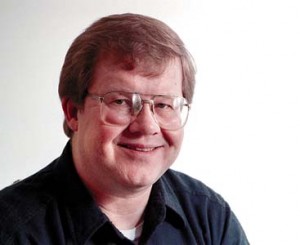 How is it that we find an organization that styles itself “the Bride of Christ” whoring after votes like Tammany Hall with pews?

For months, Minnesota Catholic bishops have been behaving more like old-time, big-city political bosses than pastors of a troubled flock. As a Catholic, I am angered and embarrassed that the leaders of my church have chosen to devote more than half a million dollars to writing language into the Minnesota Constitution that would deny legal rights, protections and privileges to women and to men based solely upon their gender.

Of all the rituals of the church, there is none I find so challenging as the annual re-enactment of Jesus washing the feet of his Apostles, with the concluding admonition of “I have given you an example.”

And what is the example Jesus gives? To go beyond what is comfortable, what is easy, what has been done before. To reach out to the poor, the weak, the put down and oppressed. To those without power, to those who have been denied.

“Come unto me,” he said, with a door open in welcome.

But rather than stand with Jesus in welcome, the prelates are calling upon us to stand with those who would slam the door.

They would have us deny our brothers, sisters, sons, daughters, friends and relations recognition of the most intimate and profound human relationships — and they are so very wrong to do so.

Clearly, the wrong side.

And I am embarrassed and ashamed.

I know, there are plenty of folks who will say, “If you don’t like it, leave.”

This is my church as much as it is the church of the hierarchy — ultimately all are equal before God. I go to Mass for prayer, not for a political rally, and prayer will continue long after the electioneering is over.

And if I claim it as my church, I also share responsibility for what the church does and what it stands for. And in this matter I take my example from the unlettered son of a Nazarene carpenter who dared say to the scribes, elders and pharisees, You are wrong.

And on this matter our bishops are wrong. How do we claim to live according to the great command, Love one another as I have loved you, and say with our words, our money, our votes that some of us are not worthy of — or capable of — what may be the most profound, selfless love humans may experience.

This is something I do know a bit about.

Had she lived, Gayle and I would have been married 35 years this July. If my mom were still living, she and Dad would be celebrating 62. Having lived better and worse, richer and poorer, sickness and health, lived it until parted by death, I know the love that sustained us in joy, anger and sorrow was rooted in our souls, not in our genitals.