A Catholic priest from California was found guilty Friday of sexually assaulting a sleeping woman aboard a U.S. Airways flight.

Father Marcelo De Jesumaria was convicted of abusive sexual contact by a federal jury in a three-day trial after a female passenger woke up to find his “hands on her breast, groin and buttocks” in August, NBC Los Angeles reported. 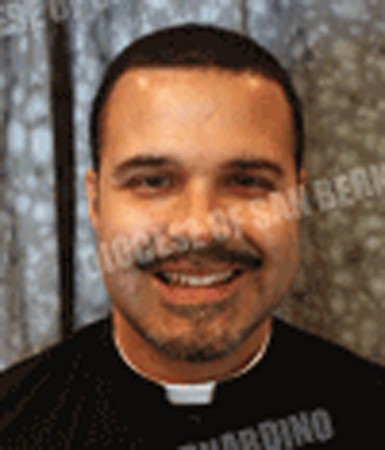 The woman reported the assault to the crew of the Philadelphia-to-Los Angeles flight, allowing federal authorities to meet De Jesumaria at the gate.

De Jesumaria was indicted in October.

The Diocese of San Bernardino, where De Jesumaria used to work, said it removed him from the ministry “immediately” after learning of the allegations in November.

It’s the fifth-largest diocese in the country, covering a Catholic population of 1 million, according to their website.

“The Diocese of San Bernardino considers the actions alleged of Father De Jesumaria in the federal indictment to be sinful and unlawful,” according to a statement obtained by NBC Los Angeles. “We are deeply regretful of any harm that may have occurred as a result of his actions.”

The future of his priesthood will be determined by his Chicago-based religious order, the Congregation of the Resurrection, the diocese said.

De Jesumaria will be sentenced August 24 and faces up to two years in prison.
Complete Article HERE!