After nearly five decades as a Catholic nun, Tish Rawles became a priest—and found herself cast out. Now she’s calling on Pope Francis to do what Jesus would’ve done and bring her back.

When Letitia “Tish” Rawles was ordained as a Catholic priest in April, it was the culmination of a lifetime’s worth of yearning—and a practical fix to ministering to the sick and dying at her Cincinnati assisted living facility, where it was often hard to find a priest to administer last rites.“I’ve wanted to be a priest since… probably the fourth grade, as soon as I started attending Catholic school,” she told The Daily Beast. “I always wondered why there were no women at the altar, only men.”

But Rawles didn’t know any female priests then, so she became a nun despite feeling the “deeper calling” of the priesthood. “And I’ve loved being a nun,” she said.

The 67-year-old had that taken away from her last week, though, when the Ohio-based Sisters of the Precious Blood, the order she’d been with for 47 years, found out about her ordination and told her she was out. She was automatically excommunicated from the Catholic Church, which bars women from the priesthood and shows no signs of budging from that position.

Now Rawles and her supporters say they’re appealing to Pope Francis during his Year of Mercy to restore her to the church and to her order. That’s what Jesus would have done, they say. 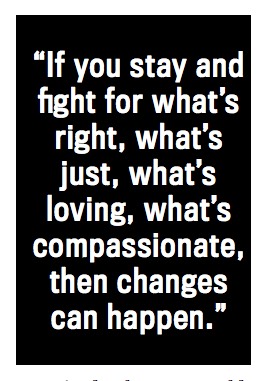 “This is an opportunity for Pope Francis to take a step towards reconciliation and healing misogyny in the church,” Bishop Bridget Mary Meehan of the Association of Roman Catholic Woman Priests told The Daily Beast. “The full equality of women in the church is the voice of God in our time.”

The ARCWP is one of many organizations pushing for allowing women to be Catholic priests but an outlier in that it ordains women. Meehan said the ARCWP’s female bishops were even ordained by an anonymous male Catholic bishop, linking them to an unbroken lineage leading back to the apostles.

The ARCWP emphasizes the Catholic concept of “primacy of conscience,” which it says allows it to choose to dissent from an unjust teaching.

“We’re walking in the footsteps of prophets and saints,” Meehan said. “Look at Joan of Arc. They burned her at the stake for what? For following her conscience.”

For Rawles, though, joining the priesthood wasn’t an easy decision.

Even after attending services led by women priests, she tried to convince herself that she was too old, too sick to take on the task herself. Rawles said she suffers from multiple sclerosis, late stage liver disease, and diabetes.