A secretive Roman Catholic society with chapters across South America and in the U.S. has revealed under pressure that a Vatican investigator is looking into allegations that its founder sexually molested young recruits. 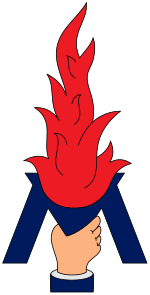 The scandal at the Peru-based Sodalitium Christianae Vitae, or Sodalitium for Human Life, has close parallels to other recent cases of charismatic Catholic leaders in Latin America being accused of sex abuse — as well as the church dragging its feet on investigating claims and trying to keep scandals quiet.

Co-author Pedro Salinas, a former society member, has been publicly accusing Figari since 2010 of physical, psychological and sexual abuse. According to the book, three men lodged complaints the following year with a Peruvian church tribunal alleging Figari sexually abused them when they were minors.

There is no indication the tribunal did anything with the case, including notifying prosecutors. Nor is it known when the Vatican was advised.

Cardinal Juan Luis Cipriani, the conservative archbishop of Lima with jurisdiction over the tribunal, was quoted as telling the Chilean newspaper El Mercurio this week that case is “regrettable and painful” and claiming

“We have acted with absolute transparency and rapidity,” he said.

No criminal probe was opened in Peru until after the mid-October publication of “Half Monks, Half Soldiers.” Prosecutors, though, say the statute of limitations has almost certainly run out as the alleged crimes occurred in the 1980s and 1990s.

Founded in 1971, Sodalitium has a presence in schools and churches and runs retreat facilities with communities in Peru, Argentina, Colombia, Brazil, Chile, Ecuador, Italy and the United States. Its members are mostly lay Catholics but also include clergy. 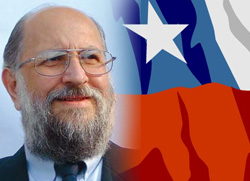 After the book’s release, the society issued three successive press releases as a public clamor for greater accountability and transparency intensified.

First, the society revealed that Figari, who is not a priest, has been living in relative isolation at a Sodalitium community in Rome since 2010 and has been out of public life and governance of the society since then. At the time of his departure as general secretary, Sodalitium said only that Figari was stepping down for health reasons.

It added that the society’s current leader, Alessandro Moroni, decided in 2014 to intensify the regime of “prayer and retreat” being followed by Figari

The statement also noted Figari wasn’t alone in being accused: The book says the society’s No. 2, the late German Doig, was accused of sexually assaulting a minor. He died in 2001. A decade later, after the allegations against him first surfaced, the society said his candidacy for beatification had been canceled.

In a second statement Oct. 21, the society said the book’s allegations were “plausible” and needed to be thoroughly investigated. It said it created a committee to hear complaints from other possible victims and asked forgiveness, calling the accusations against Figari “cause for deep grief and shame.” 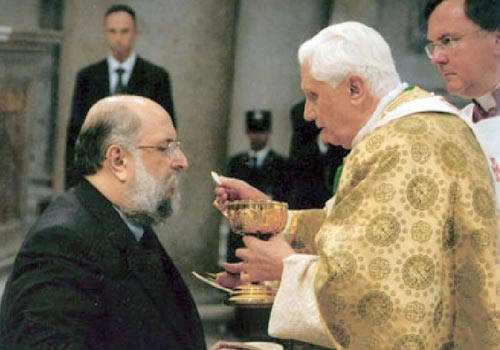 It said Figari insists he is innocent, though it notes he hasn’t said so publicly.

This week, the third release disclosed that the Vatican had on April 22 named a local bishop to investigate the society. Figari departed Lima three days later for Europe, according to local published reports.

The book’s co-author, Paola Ugaz, said she and Salinas wrote in January to the Vatican office in charge of apostolic church societies detailing the allegations against Figari. They never got an answer, she said. But the official to whom they wrote, Archbishop Jose Rodriguez Carballo, signed the April 22 decree.

The scandal is similar to one in Chile involving the Rev. Fernando Karadima, a charismatic priest who in 2011 was sentenced by the church to a lifetime of penance and prayer for sexually abusing young people. The local archbishop sat on allegations against Karadima for years, refusing to believe them, and only passed them on to the Vatican after the scandal exploded globally in 2010.

The case also has parallels to a scandal at the Legion of Christ, which was headed by the late Mexican priest Marcial Maciel. The Vatican under St. Pope Paul II ignored decades of credible abuse allegations against Maciel and discredited his victims. Only in 2006 did it act, giving him the same sentence as Karadima.

The Peruvian bishop assigned to the Figari probe, the Rev. Fortunato Pablo Urcey of Chota, is ordered by the decree to “verify the true authenticity of accusations” past and new against Figari and file a full report.

But Urcey, the secretary general of Peru’s council of churches, said in a radio interview this week that he didn’t consider himself an investigator as much as a supporter of Sodalitium.

In an interview with RPP radio, he said he had no plans to interview the ex-members who filed the complaints or to read the book.

“I like the designation ‘visitor’ better than ‘investigator’ because I’m not an investigator,” he said, recalling his official title as an “apostolic visitor.” Three times during the interview, Urcey said he would do all he could to “save the charism of this congregation,” a reference to the spirituality that makes it unique.

Urcey did not return phone messages left by The Associated Press. Efforts to reach a spokesman for the Lima ecclesiastic tribunal also were unsuccessful. The body’s deliberations are secret.

The society’s current leader, Moroni, said in an interview with the newspaper El Comercio this week that he contacted the tribunal about the accusations against Figari more than two years ago.

Tribunal officials responded that “they are an independent body and they didn’t have to give us any kind of information until they reached a decision,” he said.

In an article published Friday, Salinas, the co-author, urged that Moroni be removed, calling him complicit in a culture of abuse that Salinas said included Figari’s burning of his flesh with a candle flame for about a minute in front of fellow initiates.

A Peruvian non-governmental organization, the Institute for Defense of the Rights of Minors, asked prosecutors last week to investigate Cipriani, Lima’s archbishop and an Opus Dei member, for obstruction of justice.

Its president, Daniel Vega, said none of the men who filed complaints against Figari with the tribunal were ever contacted by it afterward.

“There is a recurring conduct of the cardinal and his entire team of covering up crimes and not informing the criminal justice system.”