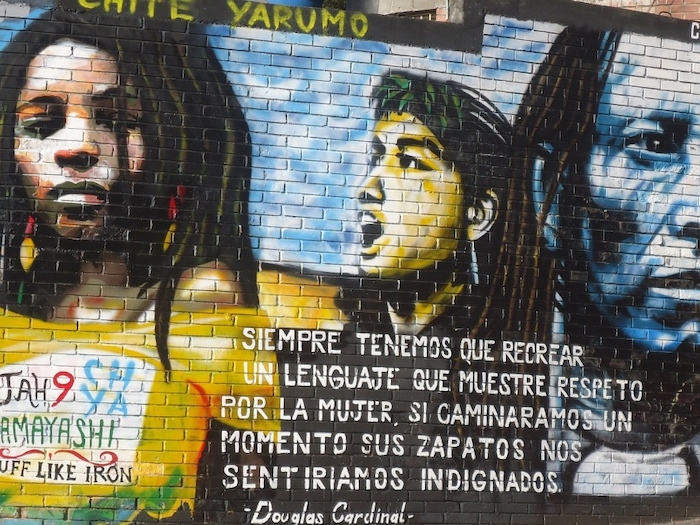 When I taught in a Catholic secondary school in Ontario, some older colleagues who had come of age during the 1960s and who taught in the school’s Religion department lived in a Catholic commune of sorts in the poorer area of the downtown core.

In their cluster of small, East-end homes, they helped one another raise their children. Some of these families had no car, choosing public transport instead. They did not attend Mass in any of the churches in town. Rather, they invited female, Catholic priests into their homes to celebrate Mass. They also used female clergy, gay clergy, or married clergy, not recognized by the Catholic Church, to perform family wedding, baptismal, and death rituals.

Once their daughters became young women, they chose to no longer celebrate any aspect of their Catholic faith. My colleagues had raised their daughters to be feminists and activists. These young women told their parents that until the Catholic Church decided to no longer treat women as second class citizens, they could not participate in that religion. Their parents, Catholic Religious Studies’ teachers, fully supported that decision.

A writer of historical romantic novels interviewed on the CBC last summer said that she was not a feminist. The two writers on the panel with her assured her that she was. She simply didn’t know what a feminist was, they told her. They said they would define it for her after the panel discussion. Hopefully, they did so.

I’ll define it for everyone here: A feminist advocates for the social, political, educational, and financial equality of women and men. That’s it. We’re not lesbians, though some may be. We do not hate men, though some feminists might. Being a feminist doesn’t mandate that you be a lesbian or a man-hater. Those attributes are not characteristics necessary to define oneself as a feminist.

The word feminist is the other f-word. It gets a bad rap.

I always teach a lesson about feminism on December 6, the anniversary of the Montréal massacre. On December 6, 1989, a gunman (whom I choose not to name here) stormed into Montréal’s École Polytechnique (Engineering School) and ordered all of the men from a Christmas examination room. He then told all of the women that he hated them because they were feminists and opened fire murdering all fourteen young women. He killed them because they were women studying to become engineers, a traditionally male profession. The Montréal police later discovered a death list in the killer’s apartment that targeted prominent Montréal women holding down traditionally male occupations.

With the Me Too and Times Up movements, it is past time to accept that women are equal. We are equal in the eyes of God and we should be equal in the eyes of men and women everywhere. It is no longer acceptable for anyone, especially a learned women, to profess that she is not a feminist. I can assure you that she is. If she is educated, votes in elections, earns a wage equal to men, she is a feminist and she has all of the women who came before her who courageously fought for her right to be educated, employed, well-paid, and have an electoral voice to thank for her life, which in this great nation is one steeped in freedom and equality.

As for young women refusing to participate in the religion of their parents because of antiquated, misogynistic policies, who can blame these learned females? Time’s up for every faith to embrace women as equals, and to open its doors and windows to the winds of equality.