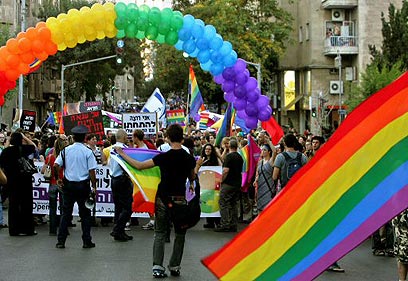 Pride Month has gone mainstream. Taylor Swift released a new LGBTQ anthem, and companies from Macy’s to Doc Martens have turned pride into a marketing tool.

This widespread acceptance is a far cry from the gay liberation movement that once championed an alternative lifestyle and a culture all its own. Merging into the mainstream wasn’t always a central goal for the movement, particularly after the Stonewall riots, a pivotal moment in gay history that took place 50 years ago this month.

How did a culture and identity once defined by its marginalization — the criminalization of same-sex relationships, the classification of homosexuality as a mental illness — turn into a fashion statement?

Ironically, the religious right, the news media and the AIDS crisis helped this happen. As journalists spotlighted the movement and its victories throughout the 1970s, conservative Christians feared the “homosexual agenda” was gaining traction. But when HIV/AIDS, an illness that initially appeared to strike only gay men, became a news story, evangelical leaders claimed it was God’s punishment for immorality. Reporters repeated this frame, and subsequent stories explored whether bathhouses and non-monogamous relationships had fueled the epidemic.

By the mid-1980s, the gay liberation movement had pivoted, embracing mainstream institutions and fighting for the same rights as heterosexuals. Their victories spurred many Americans to reevaluate their ideas about gender roles and same-sex relationships. But greater acceptance of the LGBTQ community came at the expense of Stonewall’s animating vision: the freedom to be and to live how one wanted.

That freedom made headlines in the decade after Stonewall. Journalists profiled a community with its own music, mores and fashion, as well as an uninhibited sex scene. They depicted a burgeoning culture, one that called into question conventional norms such as monogamy and marriage. Reporters also covered the victories of gay rights activists, who persuaded the American Psychiatric Association to remove homosexuality from its diagnostic manual and voters to support local anti-discrimination ordinances.

But even as mainstream acceptance grew, a backlash was brewing. In 1977, entertainer Anita Bryant mobilized the Save Our Children Campaign, encouraging church folks in Dade County, Fla., to support the repeal of a Miami ordinance that prohibited discrimination based on sexual orientation. To the surprise of many, Bryant succeeded.

The Rev. Jerry Falwell, a popular television and radio preacher, was among her backers. In 1979, encouraged by Beltway Republicans, Falwell launched Moral Majority, a grass-roots political organization for religious conservatives. This new voting bloc supported traditional family structures — nuclear families with a male breadwinner and a stay-at-home mother — and denounced feminists, abortion rights supporters and people in the LGBTQ community.

Their first goal was to elect Ronald Reagan to the presidency, and after he won, Falwell attributed Reagan’s 1980 victory to Moral Majority support.

Falwell’s rise would be pivotal for the LGBTQ community because of another story in the news: Physicians had identified a mysterious virus that seemed to target gay men. Initially, news outlets reported sporadically on the virus, assuming most readers weren’t interested. But by early 1983, AIDS coverage exploded.

Physicians still did not know how it spread, but there was growing agreement that blood was a carrier and speculation that casual contact could cause infection. AIDS was no longer a “gay plague,” as the media initially called it. Using words that stoked alarm among the “general population” — the catchall term news outlets used for heterosexual Americans — journalists reported that AIDS was incurable and often fatal.

The medical news moved the subject onto the front pages, as journalists began reporting on the disease’s human toll. One New York Times article described the disease’s “emotional anguish.” The Rev. William Sloane Coffin, a well-known liberal minister, said he counseled “AIDS victims” who “felt that this was in some way God’s punishment.” He assured them that “being gay was not a sin.”

Coverage such as this highlighted the moral dimension of the epidemic, and religious conservatives saw an opportunity.

During a Fourth of July “I Love America” rally, Falwell declared that AIDS was “God’s way of ‘spanking’ us,” adding that even if most Americans were “innocent” of sodomy, heterosexuals who countenanced homosexuality were rebelling against God.

Falwell quickly became a go-to guy for HIV/AIDS stories. For reporters looking to balance stories about the moral dimension of AIDS, Falwell offered everything they could want. Waving a Bible and citing scripture, he seemed the embodiment of religious orthodoxy to secular journalists who knew little about Christianity. He also had colorful quotes, an army of Christian soldiers and the ear of the president. Best of all, he was always ready to talk.

Before long, the televangelist’s message influenced how reporters framed HIV/AIDS. One Newsweek story around that time explored how the virus ended “a decade of carefree sexual adventure.” The article’s subheads included “Punishment,” “Hostility” and “Backlash” — all Falwellian themes — and the text repeatedly quoted the minister. The piece also noted that after 743 deaths and 1,922 “victims,” some gay rights activists were questioning the movement’s valorization of sexual freedom.

Most gay leaders quoted in the article mentioned a “new sobriety.” The language of the piece and its sources presumed that monogamy was preferable to “excess,” “sobriety” and “flamboyance,” and middle-class values to “hedonism.” The story also suggested that commitments to work and family could bridge the differences between “us” and “them.” Good gay people, like straight people, accepted monogamy and capitalism, it said, while bad gay people lived bohemian lifestyles, indulged in casual sex and died. AIDS coverage policed the possible: a win for conservatives, because it shifted the midpoint of American political life rightward.

By stigmatizing the alternative gay culture and promoting normative institutions and practices, this coverage unwittingly helped shift the focus of the gay liberation movement to civil rights — an area in which they had more hope for success. Many stopped challenging mainstream ideas and institutions — from marriage and religion to gender and bodily autonomy — and started fighting for the same privileges as heterosexuals, including the right to marry, serve in the military, adopt children and be free from discrimination in housing, employment and public accommodation. Their successes have frustrated religious conservatives who are still contesting the “homosexual agendaTarget. But it came at a cost. Protesters at Stonewall fought for the freedom to be who they were and to live how they wanted. They wanted a revolution; they got rainbow Nikes.