— Will it choose renewal or decline? 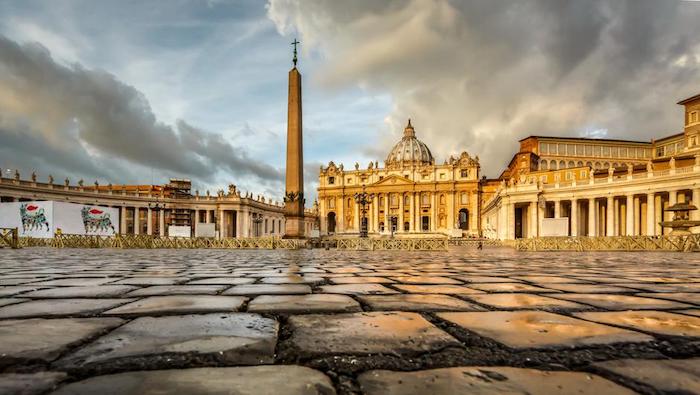 Pope Francis has concluded a self-described “penitential pilgrimage” to Canada. For the 85-year-old mostly wheelchair-bound pontiff, the journey was taxing but necessary. In 2015, Canada’s Truth and Reconciliation Commission reported that for many years a “cultural genocide” occurred in Catholic schools, and confirmed the deaths of at least 3,200 indigenous peoples, with many others emotionally scarred for life. Upon his arrival, a solemn pope said, “I have come to your native lands to tell you in person my sorrow, to implore God’s forgiveness, healing and reconciliation, to express my closeness and to pray with you and for you.”

Throughout his pontificate, Pope Francis has called for a “culture of encounter” that requires more listening than talking. He recently sent a letter to Fr. James Martin commending his outreach toward gay and lesbian Catholics, writing that such encounters, “even with those who think differently or those whose differences seem to separate or even confront us,” leads to a realization “that there is more that unites us than separates us.”

Using earthy language, the pope urges his priests to “be shepherds with the smell of sheep.” To that end, he ordered Catholic churches to begin two-year listening sessions, saying, “It is precisely this path of synodality which God expects of the Church of the third millennium.”

Giving lay people a greater voice has caused Pope Francis to break with precedent and appoint two nuns and one woman to the Congregation of Bishops, a body that recommends candidates to fill vacancies in the 5,300 dioceses around the world. Sister Yvonne Reungoat, one of the new members, said, “I think that to be a bishop one must have the ability to listen, both to those who have the same ideas and to those who protest.”

Pope Francis’s ministry of engagement has caused a great deal of discomfort. Ever since Joe Biden entered the White House, the U.S. Conference of Catholic Bishops has been torn asunder. On Inauguration Day, its president issued an ultimatum: “Our new President has pledged to pursue certain policies that would advance moral evils and threaten human life and dignity, most seriously in the areas of abortion, contraception, marriage, and gender.”

For months, the bishops debated whether the Eucharist should be withheld from pro-choice Catholics. In May, San Francisco’s archbishop instructed House Speaker Nancy Pelosi (D-Calif.) not to present herself for communion “unless and until she publicly repudiates her support for abortion ‘rights’. . .and [receives] absolution for her cooperation in this evil in the sacrament of Penance.” Such dictums defy Pope Francis’s edict that the Eucharist is “not a prize for the perfect but a powerful medicine and nourishment for the weak.”

At the nine-year mark of his pontificate, Pope Francis has acknowledged the unprecedented hostility he has encountered. Catholic scholar Massimo Faggioli calls those hostile to the pope “neo-traditionalists” who want a return to a pre-Vatican II era. Pope Francis, in turn, has described them as “backwardists,” warning, “A church that does not develop its thinking in an ecclesial way is a church that goes backward.” But conservative Archbishop Joseph Naumann pushed back, saying, “I think the pope doesn’t understand the U.S., just as he doesn’t understand the church in the U.S.”

The enmity Pope Francis has encountered is not surprising. Catholics, like most Americans, are creatures of comfort. We seek affirmation from the like-minded, whether it be in religion or politics. It is not surprising to know that MSNBC, whose audience is largely composed of Democrats, led the cable news ratings when the Jan. 6 hearings were televised. It is equally unsurprising that 78 percent of Republicans paid either “little” or “no attention” to the hearings, according to one poll.

Catholics similarly long to be among the like-minded. Today, Catholics no longer abide by church boundaries and seek parishes in which they feel comfortable. Being comfortable, however, often means not listening. In a rapidly changing world, the Catholic Church must encounter those who do not enter its church doors.

Natalia Imperatori-Lee, a professor of religious studies at Manhattan College, says the rift between the laity and bishops on these issues “reveals a breakdown in communication and trust — shepherds who are far removed from the sheep.”

In his three-year ministry, Jesus Christ encountered numerous individuals shunned by society — including prostitutes, tax collectors and Roman soldiers. Pope Francis wants similar encounters. These can be discomforting. But it is important to remember that Catholics believe the Holy Spirit guides the selection of popes. The last three pontiffs taught the Catholic Church important lessons. St. John Paul II proved Josef Stalin wrong when he famously asked, “How many divisions does the Pope have?” The power of the Polish pope’s words marked the end of communism in Eastern Europe and the fall of the Soviet Union. Pope Benedict XVI gave Catholics a lesson in humility by becoming the first to lay down his palladium since Celestine V resigned the papacy in 1294. Pope Francis is giving Catholics a lesson in listening.

Whether the Catholic Church starts listening will determine whether it renews itself or begins a long, slow decline.