— A quiet sign of Catholic surrender in the UK 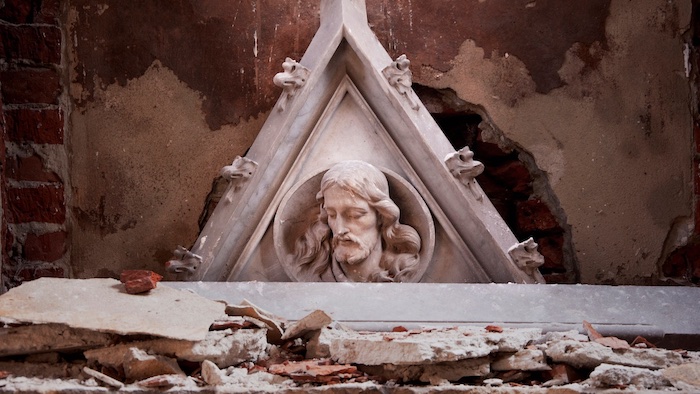 In the face of damning demographic shifts, churches are closing down en masse. Has the Catholic Church given up the fight?

Near my home in suburban UK sits a Catholic church attached to a primary school. Although we are less religious than our American cousins, who are themselves secular, our education system is still hugely under the influence of religion. About 37% of primary schools are faith schools.

For just under a decade, the church on a small plot next to the school was used not as a church but as storage for diocesan documents. Now it is just gathering dust and weeds.

The diocese sees two choices: it will be gutted for some kind of diocesan offices, or it will be sold off as land to make a pretty penny.

This is not at all unusual.

A recent survey run by an evangelical organization found that while just under half of the UK population say they are Christian, only 6% profess to be practicing, a significant decline in a few generations. As a result, over 2,000 churches have closed over the last decade. A Church of England report recently found that up to 368 churches could be at risk for closure in the next two to five years.

As a ramification of this demographic shift, dioceses are being forced to merge parishes, calculating which are the best choices of churches to close, and which to keep running with ever-decreasing congregations.

But what interests me is the practicality of these decisions running against what the Catholic Church, or any such Christian church organization, should be doing.

Far be it from me to exhort this to a religious organization, but shouldn’t churches be seeking to increase the size of their flocks? Have churches just given up in light of dwindling numbers? I ask because, for many of the remaining Christians, the collateral of them not succeeding in growing their flock is a growing flock burning in hell (or some such outcome).

A few years ago, the school to which the church is attached reduced its PAN—the number of children it accepts each year—for practical purposes from 40 to 30. To do this, they had to apply to the diocese for permission. The diocese accepted without any pushback.

Again, surely the desire of the diocese should be to grow their adherents. This should be everything they are about. Instead, the priests are more obsessed with stoking up culture wars than welcoming people to their fold.

If that land is sold, a few quick bucks are made. So what? Unless that is paying for a strategy to grow the church, then it is all just delaying the inevitable. And if the Church does grow again in the local area, they have lost that land and that building and would face much greater costs to build a new one.

Surely the desire of the diocese should be to grow their adherents. This should be everything they are about. Instead, the priests lean into culture war.

I can’t imagine what it must be like to work in the diocesan offices or in the clergy, but it must evoke the proverbial rearranging of deck chairs on the Titanic. It’s a dying institution, at least in the UK, and everyone from within the organization is resigned to this fact.

Perhaps the Catholic Church is just positioning itself into a much humbler corner of UK society, receding in size until it reaches a comfortable irrelevancy.

As the Jesuit priest famously quipped, give me a boy of seven and I will give you a man. I can’t help but think, from a marketing point of view (and as much as I vehemently disagree with the religio-politics of this), that the diocese should be working extra hard to increase faith school intakes. Converting adults to Catholicism en masse is a ridiculous pipe dream in this era. Instead, ring-fencing groups of children to indoctrination is undoubtedly one of their best options.

Instead, the Catholic Church would rather sit back and grow weeds, either looking to other parts of the world for growth or being resigned to seeing their pews inexorably empty and their vestibules gather cobwebs.

Given the left hook from the constant slew of sex abuse scandals and the repetitive jabs from science and culture in a society that has moved on, I can’t help but think that they’ve given up the fight.