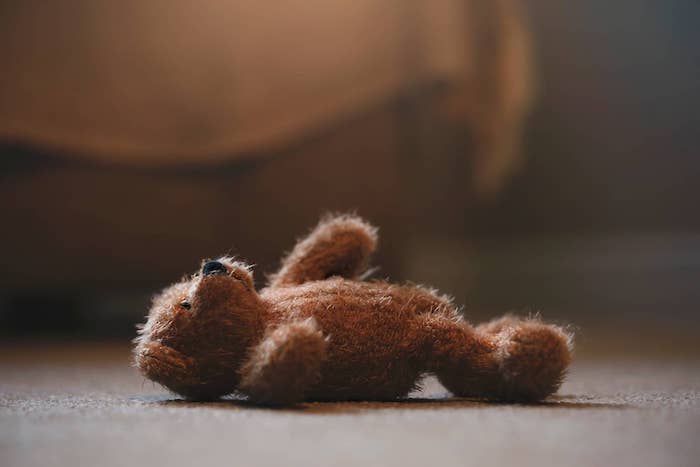 As the daughter of a clergy abuse victim-survivor and a lay person who works for the Church, Jerri von den Bosch speaks often with fellow Catholics about her family’s experience with the abuse crisis.

In June of 2021, I wrote 10 Things Never to Say to Survivors of Clergy Sexual Abuse that covered some of the hurtful things people sometimes say to clergy abuse survivors. Included were some more supportive things they might say instead. Many people read it and several clergy abuse survivors, including my mom, responded with additional things that they have heard from Catholics and would add to the list. I believe that most people who say these things are well intentioned; they are just not aware of how to walk with someone who has experienced trauma. So I present 6 Things Never to Say About Clergy Abuse Survivors, along with some things that you, as a supporter of abuse survivors, can say in response.

TRIGGER WARNING: Some of these items may be tough to read if you are a trauma survivor. Please take care of yourself.

1. “These people just want the Church’s money. This prevents the Church from helping the poor!”

This statement often crops up when there is news about a settlement between the Church and abuse survivors. As the daughter of a clergy abuse survivor, a friend to multiple survivors, and a survivor of trauma myself, I can tell you that almost no one would lie about their trauma in an attempt to get rich. Ask yourself: “Would I accuse someone of rape, sit through multiple depositions and interviews with lawyers, pay a lawyer upfront to represent me, and drag an individual’s name through the mud— all to get some cash?” Few people have the financial means or energy for this.

Next, I would like to put on my theologian hat and invite us to consider who “the poor” are. The Old Testament uses the word anawim (ah-na-weem) multiple times. It is a Hebrew term that means “the poor and lowly ones.” The Hebrew people applied the term to those who were financially insecure, as well as the widowed, the orphaned, and anyone who had lost their human dignity to earthly trials. These are the people God wants the Hebrews–and the Christians–to care for most. I would argue that survivors of abuse are the epitome of the anawim. They are oppressed, victimized, and orphaned from their Church.

IN RESPONSE, SAY: The people that the Church has hurt do fall under the theological definition of “the poor.” It’s important to help them.

If you have never experienced trauma, it might be hard to imagine why a survivor can not just “get over it.” Science reveals that living through traumatic events can rewire our brains. This is especially true for children who experience trauma at a time when their brains are not fully developed.

Most survivors I know would LOVE to move on from their trauma and from painful symptoms that include depression, stress, and mood swings. But it can take years of therapy and tremendous support from loved ones to heal from trauma and get to the point where it does not affect their everyday life. For example, my mom, a survivor of child sexual assault by multiple priests, still has episodes of PTSD today, 50 years after her abuse, despite having a great psychiatrist and a supportive family that knows her triggers. I would really love for her to never have another panic attack, but I know from experience that they are part of her healing journey. Many survivors say that they carry the effects of their trauma with them daily, decades after the initial abuse.

I would also like to add that this is not just a historic problem. We know from our work walking with survivors that abuse by Church leaders is happening today, so it is important to continue to work to prevent and stop it.

IN RESPONSE, SAY: The effects of trauma can last a lifetime for victim-survivors. We must continue to address the trauma that took place in the past, as well as the assaults that continue to happen.

I am sorry to tell you that we have also heard many stories of church leaders suggesting that victims are at fault for not fighting harder against the abuse they experienced. It is important to point out that “fight or flight” is an outdated model of how our brains are wired to protect us in response to harm. Most psychologists now believe that humans respond to threats with “fight, flight or freeze.” Many victims–adults and children alike–are so terrified that they find it safer to disassociate from the assault and wait to flee when they feel safe again.

IN RESPONSE, SAY: The situations they were put into sound absolutely terrifying! It isn’t fair for us to judge how they responded to a threat.

4. “They must have done something to trigger his behavior!”

This is a common form of victim-blaming, along the same lines as asking a woman “Well, what were you wearing?” after she has experienced rape. The reality is that the person who committed the crime is the culprit. Period. This victim-blaming tactic takes advantage of the fact that victim-survivors often agonize over the details of the incident trying to figure out what they did wrong. Truly, victims of sexual assault do not need your help playing the blame-game. They are already experts at it.

IN RESPONSE, SAY: They didn’t do anything to deserve this!

In many cases, there is a simple answer to these hurtful questions: “They were scared.” Sexual assault is not easy to reveal to others. Victims can feel intense shame and be silenced by it. Perpetrators also may threaten their victims with statements like, “I’ll tell everyone what a bad person you are!” One of my mom’s abusers told her: “You’re a troublemaker. You’re trash. Nobody would ever believe you.” Perpetrators will often threaten violence, physical and verbal, to keep a victim quiet.

IN RESPONSE, SAY: The dynamics of abuse prevent most people from reaching out for help, and statements like this one make it even harder for them to tell their stories.

6. “They were abused as an adult? But that is not really abuse!”

I am really proud that Awake Milwaukee has brought attention to the problem of abuse of adults by church leaders. Honestly, before I got involved with Awake, I did not understand what a widespread problem the abuse of adults is, despite the fact that I am an adult survivor of domestic violence. It is easy for people to understand that a child feels powerless during an assault. For some, it is harder to show the same empathy to adults. Many people believe that an adult should have known better. This fails to acknowledge the power differential that exists between a priest (often viewed as a representative of God) and a parishioner or other Catholic. When the victim expects that they can trust a person and that trust is broken, they do not always know what to do next. To further complicate matters, parishioners often take the side of the clergy person. They assert that the survivor was the temptress and the priest was the victim.

IN RESPONSE, SAY: Children and adults both have equal dignity and their assaults are both serious crimes that were not their fault.

It all comes down to this: If someone shares with you that they have been abused, please remember that the most important words you can say are, “Thank you for sharing this with me, I believe you, and I am here for you.” It is that simple. Survivors do not need you to change the world, but they are looking for people willing to help them shoulder their pain, even for a little while. And if you feel at a loss for words in the moment, sometimes “I believe you” is more than enough.