Bishop Thomas Gumbleton, a retired auxiliary bishop of Detroit, revealed for the first time yesterday details about his removal as a parish pastor in 2007. NCR published a report of the talk Gumbleton delivered at pre-conference meeting of Call to Action in Milwaukee. 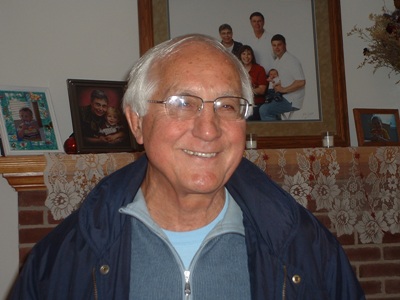 Gumbleton had followed the sex abuse crisis in the press, especially the church’s response. “I thought they were starting to move along.”
The bishops had developed the Dallas Charter in 2002, outlining policies for dealing with sexual abuse cases.

“I can remember actually being at the press conference when they announced the charter and they said ‘and now the whole problem is behind us,'” Gumbleton said. “They really talked like they had settled this whole thing.”
“It’s not over and it won’t be over until we within the church deal with it in a very open, honest and thorough way,” he said. “And that’s going to take much change within the church.”

After being lied to in the past by a fellow bishop who said he had taken care of an abusive priest when in fact he hadn’t, Gumbleton “was totally upset, disillusioned even when I discovered how easily he could put me off, tell me ‘I’ll take care of it’ and then do nothing.”

Barbara Blaine of SNAP, a longtime friend of Gumbleton, asked him if he would testify on behalf of SNAP for a statute of limitations case. A date in January 2006 worked for Gumbleton. The hearing would be in Ohio.

“My testimony made the points on why we need to make this change,” he said at the Call to Action conference session Nov. 4. “I also, I thought about this, and thought maybe the most persuasive thing I can tell you people is that I’m a victim.”

He couldn’t talk about that for more than 50 years, he said. “There was one time [after 2002] and I almost got up at the bishop’s meeting to tell my own story and to try to convince the bishops that we had to approach this whole thing differently. But I had my hand up but I didn’t get recognized right away and pretty soon that session was over. So I never did it at the bishops’ meeting. But this time I wrote it into my testimony.”

After giving his testimony in Ohio, the bishops in Ohio reacted so quickly, Gumbleton said, that they must have called the papal nuncio that night.
“And here’s the thing that’s strange: By that time, I’m a bishop already — 30 years at least — and I know all these people. And I’ve met with them many times — you know, the regional meetings, the national meetings. Not one of them called me up to talk to me about it. Now if they were angry they could call me up and holler at me, scream at me if they wanted. Or [ask] ‘why did you do it?’ Not one. And not one bishop across the whole country ever said a word to me about it in any kind of personal way.

Within a matter of days Maida called him about a letter from the papal nuncio that he was to share with Gumbleton.

He corresponded with the congregation in Rome before over various issues when he was a bishop, he said, and the correspondence always takes a long time. But in this case, everything happened within 10 days. Cardinal Giovanni Re of the Congregation for Bishops wrote a two and a half page letter outlining the canons of canon law Gumbleton had violated.

“I don’t remember what all they were because I wouldn’t even read the letter,” Gumbleton said. “In fact, Maida didn’t even give it to me at first. The main thing was I had broken a canon which they said I violated what in the canon is called the “communio episcaporum”: the communion of bishops.

“We’re all supposed to be together, think together, talk together, you know, one voice. You know, how can that be? You’re a church of human beings; you can’t be.” But because he had left the Detroit archdiocese and gone to another diocese to give testimony in support of something the bishops in that region were against, he had been in violation, he said.

“And so this was, from their point of view, a major crime that I had committed,” he said. “So they demanded that I resign immediately as bishop and also resign my parish where I had been a pastor.”

“I couldn’t understand why I had to resign as pastor,” he said. He had no problem resigning as bishop, he said (“Because this was 2006 and by canon law I should have already retired a whole year ago, but when my date came up to retire, I decided — I knew there was no chance, but I just thought ‘I’ll test this and see what happens'”).

He sent in his resignation letter, and “immediately, my resignation was accepted,” he said. But he didn’t want to resign as pastor.
“In the archdiocese of Detroit, we have a policy at age 70, every pastor will write a letter resigning from his parish but if he’s in good health and wants to continue to work” he can be appointed as a year-by-year administrator, he said.

Other priests and classmates Gumbleton knew had done this, he said.
“And that makes sense, because when you’re pastor, as I said before, it’s hard to remove a person even if the person has become senile and is not functioning well at all,” he said. “You can’t remove him. Rome will defend the pastor.”
But an administrator can be moved anytime. “So I wrote a letter in which I said I’m requesting to resign from St. Leo Parish but with the understanding that I would be appointed administrator on a year-by-year basis for as long as it’s feasible for me to be the pastor.”

Within a few days, Maida sent him a letter, he said, telling him that request was unacceptable and that he had to resign. Gumbleton went to talk with Maida, and Maida repeated what Re had written in the letter, that Gumbleton had to resign as bishop and from the parish.

“That astounded me, partly because what does Cardinal Re know what’s good for a parish in Detroit, who should or should not be pastor?” Gumbleton said. “And why would the archbishop accept Cardinal Re’s demands? I mean, after all, he’s the archbishop. ”

The archbishop (or the pope) is the only one who can assign or remove a pastor in his diocese. “A cardinal who’s the head of a congregation doesn’t have any kind of jurisdiction or authority like that at all,” Gumbleton said. “So why would Maida — well, it’s part of the whole club system with the cardinals: you’re not going to stand up against another cardinal. And so he would not appoint me as administrator, so I had to leave the parish.”

Within a few days, one of the auxiliary bishops went to Gumbleton’s home and told him he had to leave. He asked if he had a couple of weeks to make arrangements but was told no: he had to leave. When he talked to Cardinal Maida, he asked for time to prepare the people of the parish for the change.
Gumbleton said he saw a letter that stated he was resigning the day before it was to be handed to parishioners. “So Sunday morning I have to pass this out at church, that says I’m gone right now. Well that was a terrible shock to the people and to me.”

“As I looked at it, though, it was all so irrational, because I’m removed from the parish, I not allowed to say Mass there … I could say Mass any other place in the diocese. So it was really against the people.” He continued to say Mass in the diocese, do confirmations, and be engaged in the other activities he did, such as Pax Christi.

“Yet the one thing that seemed to me that I should have been allowed to do is continue be the pastor of the parish for the benefit of the people, because we have a shortage of priests and nobody’s ever been appointed there as pastor since,” he said. “That’s really hurtful especially to a small parish. So it seemed like it was just vindictive. It wasn’t helping anything and wasn’t appropriate for the people of the parish to be punished for what I had done.”
He apologized to the parishioners at St. Leo and they were understanding, he said. He has been back to St. Leo since to celebrate Mass.

Gumbleton was also told not to go into another diocese without getting explicit permission from the bishop of that diocese, he said. “And that was an attempt, I guess, to prohibit my public speaking.”

Once, he was to speak in a diocese for a major Catholic organization but had to cancel at the last minute, but his name was still on the flyer. He got a voicemail from the bishop of that diocese, saying “I don’t want you to ever come to this diocese for any reason ever” and Gumbleton was surprised at how angry he was, because he was not a bishop to which he had violated “communio episcaporum.”

“I really have a sense that they [the Vatican] weren’t trying to silence me giving presentations on other topics which I do quite frequently,” he said. “I think they really were all upset about this one issue and that’s because it really does” put the focus, in a sense, on “a very important part of the church, and that’s the ordained priests, bishops and popes. ”

With that restriction, Gumbleton said, “It doesn’t feel very pleasant to go into a diocese to speak and know the bishop of the diocese would rather you not be there. And yet I don’t let that inhibit me, so I find ways to speak throughout the country,” he said.

“I don’t have any great anger against the bishops, Gumbleton said. “I feel bad for our church basically. I just feel we’re missing an opportunity to be healed because we don’t want to look at the deep problems that exist. And sooner or later we’re going to be forced to do that.”