By Joseph Amodeo recently organized a vigil in front of New York City’s St. Patrick’s Cathedral, which led to the police threatening the arrest of anyone associated with the action. In this exclusive op-ed, Amodeo explains why he has decided to leave the Catholic Church.

A few hours after the events that became known as the “Dirty Hands Vigil” unfolded at Saint Patrick’s Cathedral, I received the following message from a priest I know in Manhattan:

Soon after, I found out that his disappointment was not due to the fact that ten Catholics were denied entry to the Cathedral, but rather with me because, in his view, I had attempted to cause scandal. 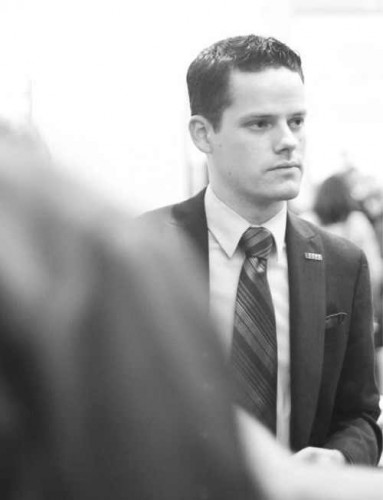 Well, I have a few disappointments of my own to share:

1. I am disappointed in bishops who have allowed financial interests to drive their response to the clerical sexual abuse crisis.

2. I am disappointed in a Church that has attempted to argue that same-sex couples and their families are somehow less able to live up to the Christian ideal than their heterosexual counterparts.

3. I am disappointed by a hierarchy that has attacked the dignity of women and LGBT people.

4. I am disappointed by a Church that feels it has the authority to silence academic voices like Sr. Elizabeth Johnston, Sr. Jeannine Grammick, or Fr. Robert Nugent.

5. I am disappointed by a Church that asserts free will and the supremacy of the conscience, but negates such teaching with a practical commandment to obedience and what it deems a “well-formed” conscience.

6. I am disappointed by a Church that has failed to meaningfully discern the inclusion of women in the diaconate or priesthood.

7. I am disappointed by the Church’s reliance on time. As we face progress, the Church has allowed its sluggish character to take hold of its conversations with the world.

8. I am disappointed by those who are afraid of the hierarchy.

9. I am disappointed by an institution that has used faith to bully public servants and has denied communion to those who have sought only to serve the common good.

10. I am disappointed by clergy who have used the pulpit as a means to proselytize a particular political agenda.

11. I am disappointed by the American bishops’ selfish claim of ownership of the principle of religious freedom.

In short, I am disappointed in the Church and its hierarchy. Standing in and looking around a Catholic Church, I not only feel as if I am no longer in my own home, but I also fail to recognize the Church itself. As a human being, I will not be a part of an institution that has allowed fear to drive its theology as is evident in nearly all of the issues that I cite above. For this reason, I have decided to leave the Catholic Church.

I am disappointed, frustrated, and saddened; yet amid my decision to leave the Roman Catholic Church, I am liberated. By this decision, I am following a conscience that leads me to believe that humanity has been created in the image of God. If we truly accept and believe this fundamental teaching, our world of judgment turns into a paradise of acceptance and compassion.

I am not leaving the Catholic Church because of any one particular issue or person, rather because I believe that the Church itself has lost sight of its meaning. A Church founded on hope and charity has become a tradition steeped in an approach that can best be described as “command and control.”

With this decision, some will argue that I should stay and continue efforts toward dialogue and the evolution of theology. On the other hand, some will say that I should have taken this step a long time ago, and still others will say “good riddance, so long.” The reality is that the journey of faith cannot be controlled by others, but rather is dependent only on one’s relationship with his/her Creator.
I now stand at new juncture in my faith journey. It is a place that can be described as both unfamiliar and yet eerily recognizable.

As I depart, I remain disappointed in the Roman Catholic Church and its hierarchy; however, I realize now that I am not joined by chains to the Church. In fact, it is the Church that taught me how to free myself from the bonds of oppression so as to constantly seek liberation. The question is when will the Church choose to loosen its own bonds so as to truly engage with the world around it?