MUCH OF the Cloyne report brought no surprises to the people of Ireland and those of us in other countries who had anticipated its publication. In many ways it was a continuation of the revelations that came with the three commission reports that preceded it. 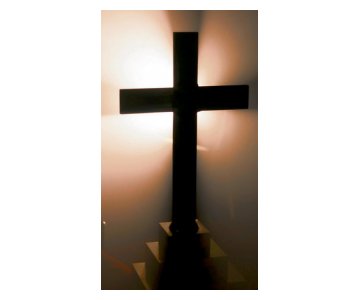 The report was met with the expected “heartfelt” expressions of regret, apology and even shock by officials of the Catholic Church, followed by promises of reform and the promulgation of yet more procedures, policies and boards. By now the Irish people, however, are beyond suspicion and cynicism. They have broken through another layer of the protective clerical veneer and have named the responses for what they are: a mendacious smokescreen.

It is no consolation to the Irish people but they are certainly not alone. This debacle in the Diocese of Cloyne is reflected in the recent publication of the report of the grand jury in Philadelphia, Pennsylvania. Five years after a first jury exposed widespread cover-up and shameful treatment of victims, followed by the usual promises to clean up the mess, a second grand jury found that the expressions of regret and promises of reform were a deceptive cover for an intentional lack of commitment to bring justice to victims and protect children.

Cardinal Seán Brady said that “grave errors of judgment were made and serious failures of leadership occurred”. Bishop John Magee admitted that the diocese “did not fully implement the procedures set out in church protocols”. What happened in Cloyne and in Ferns, Dublin, and the institutions cannot be dignified as “grave errors of judgment” or incomplete implementation of church protocols. The systemic sacrifice of the emotional, psychological and spiritual lives of innocent children for the sake of the image and power of the hierarchy was no error.

The commission of investigation into abuse in the Cloyne diocese learned that the destructive response to the reports of sexual abuse was not accidental or isolated but embedded in the fabric of the clerical culture. The members of all four commissions are to be highly commended for their courage in rising above the long-standing tradition of unquestioned deference to the hierarchy to reveal in detail the disgraceful and infuriating systemic disregard of the innocent children.

The three preceding reports were indeed shocking and scandalous. But the report carries the revelations even further in three important ways: naming the Vatican as an integral part of the problem; exposing the cynical use the concept of “pastoral care” as an excuse for obstructing justice; and acknowledging that the church cannot be trusted faithfully to comply with its internal regulations, much less the demands of the civil law.

When the reality of widespread sexual violation of the young by clergy was first exposed in the US in 1985, Pope John Paul II and the Vatican remained mute for six years. When questioned, Vatican spokesmen distanced not only themselves but the rest of the world by asserting it was an “American problem”. In his first public statement on June 11th, 1993, the pope tried to shift the blame to the secular media, whom he accused of “sensationalising” evil. He concluded his letter with: “Yes dear brothers, America needs much prayer lest it lose its soul.”

It was not long before tragic events in Newfoundland, Austria and Ireland clearly dislodged the papal efforts at denial. The recognition of widespread sexual molestation by clerics in several continental European countries, in South America and most recently in the Far East, have confirmed this is a worldwide problem not only of sexual violation by dysfunctional clerics but, even worse, a problem of intentionally self-serving and destructive responses by the bishops.

THE DIRECT ROLE of the Vatican in enabling and even directing the cover-up, stonewalling and obstruction of justice has been suspected for years. The report made a vitally important breakthrough by describing in concrete detail the essential role the Vatican played in the disgrace of the diocese.

The report points to two serious deficiencies in the Vatican response. The first is the papal nuncio’s refusal to co-operate with the commission during the Dublin and Cloyne investigations, as well as his lukewarm response to the horrific contents of the report. The second and far more treacherous aspect is the direct attempt to sabotage the Irish bishops’ 1996 policy document Child Sexual Abuse: Framework for a Church Response .

The commission found this document contained a “detailed and easy to implement set of procedures”. Yet, before it could adequately be put into practice, the papal nuncio, Archbishop Luciano Storero, sent the Irish bishops a letter passing on the concerns of the Vatican’s Congregation for the Clergy. The letter clearly reflected the reactionary attitude of Cardinal Darío Castrillón Hoyos, who was prefect at the time. He erroneously labelled the policy “merely a study document”.

This most outrageous and at the same time erroneous sentence gave the Irish bishops licence to ignore their own procedures but also the civil law.

The Vatican response has been the defence of the hierarchy and the scandalous lack of concern for the victims. There are the expected expressions of regret, sorrow and promise of prayers which serve only to confuse and even anger the victims and are a very thin cover for the consistent pattern of self-serving support and protection of the bishops.

The clerical culture that cannot comprehend the depth of evil and destruction it has enabled has failed to internalise the reality that in this 21st century sacrificing the welfare of innocent children to maintain the image and power of an ecclesiastical aristocracy is a disgrace that will be the catalyst for an inevitable and profound change in the nature of the institutional church.

The rapid disintegration of the absolute control of the Irish hierarchy over Irish society is the result not of the lack of faith of the Irish people, as some in ecclesiastical leadership would like to believe, but in the lack of fidelity of the leadership to the people whom they have sworn to serve.

Msgr Denis O’Callaghan, Bishop Magee’s point man, openly opposed the framework document because it did not provide an adequate pastoral response. This masks a fundamental misunderstanding and misapplication of an authentic expression of pastoral care which is not an excuse for minimising the fact sexual violation of a minor is a serious crime in both canon and civil law.

WORSE STILL WAS the use of pastoral care as a justification for protecting the accused priests at the expense of justice for the victims. The report saw the misuse of the pastoral concept as a “scheme whereby counselling was provided to the complainant in a manner which was hoped would not attract any legal liability to the diocese”.

There is no evidence of effective pastoral care in the past or even today, only crisis management. There is no evidence from any of the four reports that the overriding concern of the hierarchy and clergy has been the physical, emotional and spiritual welfare of the victims. What would true pastoral care have looked like? Upon receipt of a report of the sexual molestation of a child or adult, the bishop’s first (and often only) concern would not be the maintenance of secrecy and protection of the priest. Rather, he would immediately seek out the victim and the victim’s family to make clear to them that in their hour of pain, confusion and humiliation at the hands of a cleric, they and not the cleric are the most important people in the diocese and indeed in the church.

The third breakthrough is the realisation that any structures or policies created by the church depend on the commitment of the bishops and the support of the priests. In Cloyne and elsewhere the bishops made promises, created policies and appointed boards and then proceeded systematically to subvert their rules and those of society.

Marie Collins, in her recent interview on RTÉ’s Prime Time , spoke the truth when she said that the promises and policies that have streamed from the bishops mean nothing. The report clearly reflects this sad reality: “It seems to the Commission that continuing external scrutiny is required.” Outside monitoring with serious consequences for neglect, and mandatory reporting by all clergy with possible jail time as a consequence for failure, are necessary responses.

The commission has probed deeply into the dysfunctional clerical culture of the Cloyne diocese. With this report, the threshold to a new level of awareness has been reached. The findings and conclusions, as probing and shocking as they may be, are not enough. What we have seen exposed in all four reports but most shockingly in the Cloyne document is the toxic nature of the clerical culture at the heart of the institutional church.

We must demand answers to even more radical questions. What is it about this culture that justifies living in an alternate reality that places image and clerical security far above the welfare of innocent children? Why does the “people of God”, as Vatican II described the church, need to function like a monarchy with an attendant clerical aristocracy?

Why the narcissistic obsession with power, secrecy and control? Until the bishops and priests look deeply into this culture and acknowledge its pathology, the outrageous behaviour exposed in the report will be part of a shameful history.