Pope Benedict is said to be reviewing his planned trip to Ireland next year after the Irish government issued harsh criticism of the Vatican over the latest church cover up scandal, according to the Irish Independent. 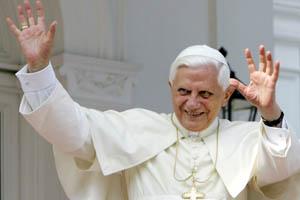 Prime Minister Enda Kenny and Deputy Leader Eamon Gilmore have slammed the Vatican for their policy of urging bishops not to accept the guidelines laid down by the Irish hierarchy on reporting child abuse.

The criticism came after the retired Bishop of Cloyne John Magee was harshly criticised after 19 priests in his diocese suspected of pedophilia were given kid gloves treatment, apparently at the behest of the Vatican.

Enda Kenny stated it was “disgraceful” that the Vatican ignored child protection safeguards agreed by the Irish bishops while the Papal Nuncio was summoned to the Foreign Ministry by Gilmore who demanded an explanation for Rome’s “inappropriate” intervention” in Irish affairs.

Kenny’s parliamentary party chairman Charles Flanagan called for the Papal Nuncio Archbishop Giuseppe Leanza, to be expelled, a move that had 72 percent public support according to a journal.ie poll.

The Vatican had declared the Irish bishops’ 1996 Groundwork Document, which urged strict reporting to police and a major crackdown on pedophiles, as “a mere study document.”

They claimed it conflicted with canon law. Benedict was expected in Ireland in June for the Eucharistic Congress in Ireland but the harsh reaction to the Cloyne report has put those plans on hold.

There will be great interest in government circles about how Pope Benedict handles the Cloyne report when it is given to him.

Bishop Magee, now retired is in the US and has been out of contact after the outraged media and public reaction to the report.