The recent experience of the near calamitous meltdown of the financial system was a clear indication of what can happen when unbridled greed and inadequate regulation are given free rein. The controversies swirling around News Corp are another ugly example of what happens when an ethical values system isn’t in place in the boardroom and powerful, intimidating personalities are given permission to create a culture that prizes “scooping” their competitors over serving the public good. 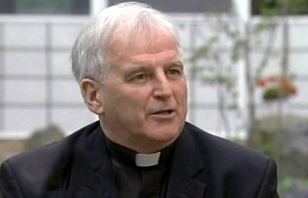 The question is: what can these debacles teach us about the role of ethics and morality in the marketplace and, perhaps more importantly, are we ready to learn?

As the director of the Faith Consistent Investment ministry of my congregation, I have been engaged in shareholder advocacy and corporate social responsibility since the early 70s. Recognizing the enormous influence global corporations have to impact the “common good”, my colleagues and I press CEOs and management to scrutinize their business practices on a myriad of issues from policies on lending and executive compensation, to water use in drought-prone areas and to human rights abuses in the supply chain wherever they source products or services. In the early 90’s I began to notice that corporate management referred quite often to the unique culture of their particular company and the values and practices that flowed from that culture. It became clear to me that there was a concerted effort on the part of responsible management to codify these values within the context of an identity statement that was part of the organizational DNA that would govern both its internal and external behavior.

An ethical values system has proven to be an important ingredient in the delivery of quality services and products, and the key to building customer loyalty, employee satisfaction and long term viability. But where do these values systems come from?

Historically, it can be demonstrated that the impact of faith on the social responsibility of any given corporation can be traced directly to the religion and character of the owner or CEO and how he/she integrated their value system into the corporation’s identity and operations. It was generally assumed that the decisions and actions of the business leader directing the corporation were significantly influenced by the religious principles at the foundation of their personal lives.

Religion’s impact is also seen through debate in the legislative and rule making processes whereby societies regulate businesses. As corporations are granted a license to operate they are expected to comply with the principles and constraints that are included. Basic values such as honesty, transparency, responsibility, fairness and integrity that are common to most faith traditions are included in this social contract.

A number of things that have changed over the last 75 years have profoundly impacted the intersection of religion and corporations. Let me briefly identify four of these changes and the consequences that flow from them.

Evolving Business Models: The Limited Liability Corporation (LLC) is the predominant business model today. LLCs whether public or privately held are managed and owned by a diverse group of professionals and shareholders, each with their own religious beliefs. These new models are less likely to be strongly shaped by the values and beliefs that business leaders or employees bring to them.
Influence of Corporations on all aspects of life: The legislative and political landscape, our culture and priorities are all profoundly shaped by the influence of corporations. This is true within the business and economic sectors, but also in the development initiatives that are taking place in some of the remotest villages and communities across the world. These are spaces where religious institutions, as spiritual guides and teachers of their followers, compete directly for public influence.
Access to information: The democratization of information through the development of the Internet and other modes of communication and travel have uncovered accounts of corporate abuses from all corners of the world. This has awakened an acute awareness of the relatedness that exists between people and communities because of the products and services that they rely on.
Active ownership of shareholders: Church communities and values-driven individuals who hold shares in corporations or are stakeholders in corporations have become increasingly more organized and active in the responsible exercise of their ownership and their stakeholder positions. This has resulted in direct and productive engagement by religious institutions with the management of major global corporations on a host of issues.
But for too many of us, corporate behavior is an abstraction and disconnected from our daily lives and so, the Banking and News Corp headlines are just that: headlines that produce momentary outrage but no meaningful change in corporate behavior. We must demand that corporations behave ethically and in service of the common good and bring values back to the boardroom.