I live in a heavily Jewish neighborhood in Los Angeles. Every Friday I see many of my neighbors walking (it is not permitted to drive on the Sabbath) with their families. Some of them wear clothing that would have been used in nineteenth century Eastern Europe. Some men simply wear conservative suits and yamaka their wives dressed in black or dark blue ankle length dresses. 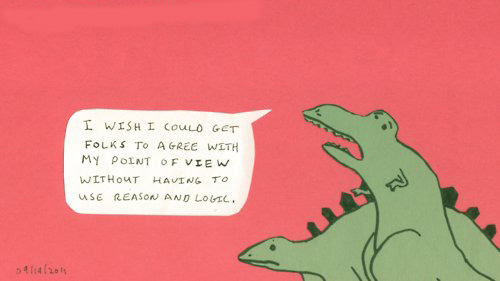 My next-door neighbor is an Evangelical Protestant. Every Sunday, he and his wife, dutifully climb into their SUV and drive to their church for worship. The Buddhists down the block own a Thai restaurant and have a neatly manicured lawn. There is a gay couple a few doors down the street, one is an agnostic and the other is an atheist. There is a Church of Religious Science located at the end of our street. The Minister and his partner (a Roman Catholic) came to dinner a few weeks ago.

When I think of “Religious liberty” I think of my neighborhood in LA. Religious Liberty for me, and many Americans, means that you are free to follow your own conscience on matters of belief. That no one, no institution and most certainly not the government have the right or the power to dictate to you what you may or may not believe, or what dietary or adult consensual sexual practices you may or may not engage in predicated on those beliefs.

The Buddhist couple, although they are vegetarians, serve meat dishes to their customers who wish to purchase and eat meat. The local supermarket stocks and sells both kosher foods and bacon. When the city repaved our street, the Religious Science Church down the block offered its parking lot to local residents, so that they had a place to park their cars. They did not require us to convert to Religious Science for that convenience. Occasionally Jehovah Witnesses ring the doorbell, I am polite but have absolutely no desire or intention of joining their religion. The Hasidic Jews have not threatened to burn down the Religious Science Church because the Minster is gay and has a male partner.

I would be offended and vocal, if any of my neighbors were attacked or maligned because of their beliefs, or if some entity attempted to force them to change their beliefs. I hope my neighbors would also stand by me, if I were attacked or maligned due to my beliefs, or some entity attempted to forcibly change my beliefs. That is my understanding of “Religious Liberty.” However, Archbishop Dolan of New York City, the current president of the National Conference of Catholic Bishops [NCCB] has a radically different understanding of “Religious Liberty.”

“Citing the famous preamble to the Declaration of Independence, Dolan wrote that the rights of “life, liberty, and the pursuit of happiness” are now “increasingly and in unprecedented ways under assault in America” because of administration policies.”

He goes on to list six items he believes impinge on “Religious Liberty.” These include:

1. Proposed regulations that requires private health insurers to cover contraceptives for patients who wish to use contraceptives.

2. Proposed requirements those religious aid groups, who accept federal money, to include condoms in their HIV prevention campaigns.

3. Dolan claims that “the religious conscience exemptions” in the proposals from the Department of Human Services “are not broad enough.”

4. Dolan also cites the administration’s challenge to the “ministerial exception” rule, which will be argued Wednesday (Oct. 5) at the U.S. Supreme Court, which could determine whether churches have to conform to employment discrimination laws for workers who are not clergy.

5. Dolan also blasted the White House’s decision not to defend the Defense of Marriage Act (DOMA), which defines marriage as the union of one man and one woman.

6. Dolan voiced frustration that neither he nor the previous USCCB president, Cardinal Francis George of Chicago, received responses to private letters sent to Obama. Dolan said that’s partly why he decided to take the feud public.

1. For your health insurance NOT to cover the cost of contraceptives that you chose to use.

2. To use your tax dollars as he wishes, without requirements attached for the use of public funds.

3. To be able to invoke “religious conscience exemptions” at will and at his personal discretion.

4. To apply “ministerial exception” not only to clergy, but also to secretaries, gardeners, custodians, bookkeepers, choir directors, musicians, housekeepers, accountants, security guards, and any other person employed by the Church. That means these employees, as a condition of their continued employment, had better agree with the NCCB.

5. The NCCB not elected representatives, to decide policy decision and civil law.

6. The President of the United States (and all other elected officials and Judges) to “consult” privately with the NCCB in the formation/implementation of laws.

Where did the Roman Catholic Hierarchy get the idea that they have the right and the power to do all of this stuff? The Emperor Constantine and fifteen centuries of dictating moral laws in Europe and Catholic colonies. Oh, and that little exercise of over ruling the California State Supreme Court on Prop 8 (with a huge check written by the Mormon Church’s leadership in Salt Lake City).

Thankfully, President Obama and the Federal government are choosing to follow the example of most Roman Catholics (and many Catholic theologians/priests) and simply ignore Archbishop Dolan, the NCCB and the Vatican. True Religious Liberty grants religious entities the freedom to make the laws of their religion, which may be voluntarily followed by their believers, but it does not grant them the power to dictate the law of the land, so far.