Earlier this month I visited Milwaukee to attend the Call to Action National Conference, a gathering of progressive Catholics from around the country, and introduce pro-LGBT attendees to the organization I work for, Truth Wins Out. 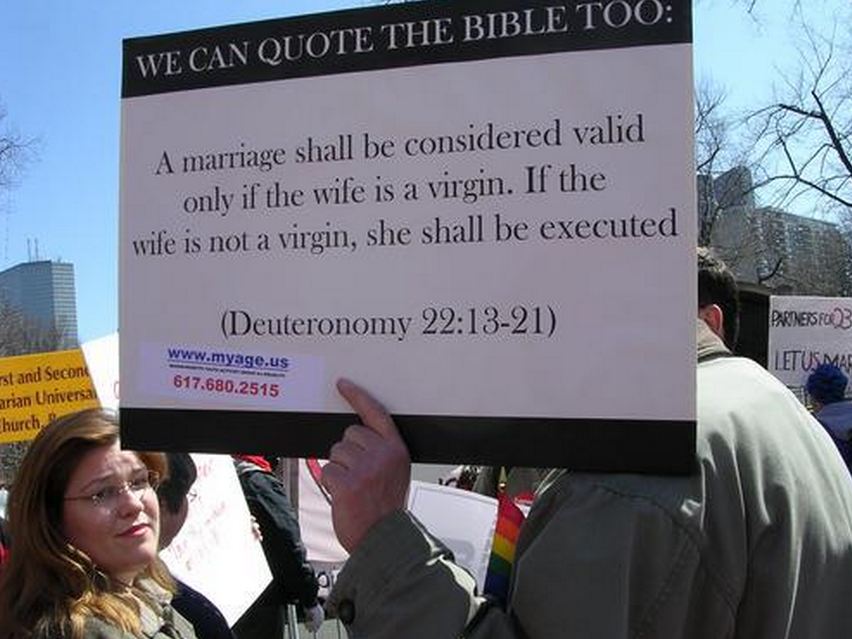 Many readers will understandably balk at the words “progressive,” “pro-LGBT,” and “Catholic” appearing in the same sentence. However, these words and concepts are far more compatible than many people realize.

Not that equality-minded people could be blamed for thinking otherwise. After all, the Catholic Church and its affiliates vociferously push an insidious anti-gay agenda. New York Archbishop Timothy Dolan was the most outspoken opponent of the state’s marriage equality law. Minnesota’s Catholic bishops are leading the charge to add an anti-gay amendment to that state’s constitution, calling the denial of marriage rights to same-sex couples a “top priority” in 2012 and using tax-exempt church resources for political purposes.

The Knights of Columbus, a lay Catholic group, bankrolls the National Organization for Marriage, which fights against the civil rights of LGBT people across the country. In fact, in 2009 the Knights spent more money fighting marriage equality than they did on all other social programs, such as food banks and food drives, combined.

The United States Conference of Catholic Bishops formed a Subcommittee for the Promotion and Defense of Marriage in order to organize and galvanize opposition to same-sex marriage nationwide. (Dan Avila, the bishops’ Policy Advisor for Marriage, was forced to resign this month after publishing a column in which he stated that homosexuality was caused by the devil.)

And the Catholic Church even has its own “apostolate” for gay people, called Courage, which counsels members to abandon their natural sexuality for a lifetime of celibacy and endorses the National Association for Research & Therapy of Homosexuality, a leading proponent of “ex-gay” conversion therapy.

But the bigotry of the Catholic hierarchy is only part of the story. In fact, the beliefs of the rank-and-file Catholic faithful couldn’t be more different. Recent polls have repeatedly shown that a majority support granting same-gender couples the freedom to marry.

A survey released in March by the Public Religion Research Institute, billed as “the most comprehensive portrait of Catholic attitudes on gay and lesbian issues assembled to date,” found that a large majority of American Catholics – a whopping 71 percent –support civil marriage equality for same-sex couples. It further states that “Catholics are more supportive of legal recognitions of same-?sex relationships than members of any other Christian tradition and Americans overall” and that “Catholic support for rights for gays and lesbian people is strong and slightly higher than the general public.”

Perhaps most revealing, though, is the PRRI’s finding that “less than 4-in-10 Catholics (39 percent) give their own church top marks … on its handling of the issue of homosexuality.”

Social justice has long been an important component of the Catholic faith tradition. The Church is outspoken in its support of labor unions (Pope John Paul II even asserted the fundamental principle of “the priority of labor over capital” in a 1981 encyclical.), immigrants and financial reform, as well as its opposition to capital punishment. American Catholics appear to view the issue of LGBT equality as one of social justice as well, consciously rejecting the bigotry of their religious leaders in much the same way they reject the official prohibition on contraception (98 percent of Catholics use forms of contraception banned by the Church).

So let’s resist the impulse to stereotype all Catholics as anti-gay extremists. After all, our community knows the sting of prejudice all too well. Instead, work together with pro-equality Catholics, as Truth Wins Out and many other organizations are doing already.

Let’s speak out together against the Catholic Church’s institutionalized bigotry and work towards a society that’s truly just for all people.