After being excommunicated, the sister who said “yes” to a therapeutic abortion in Phoenix, Arizona was “pardoned.” Sister Margaret McBride was forgiven and brought back into the Sisters of Mercy, despite the fact that three years ago, as member of the ethics committee at St. Joseph’s Hospital and Medical Center, she had authorized a voluntary termination of pregnancy for a woman in her eleventh week of pregnancy who suffered from pulmonary hypertension. 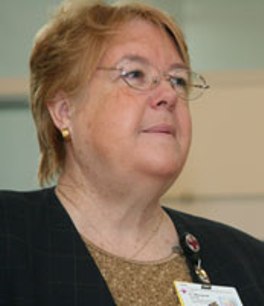 In 2009, with the consent of Sister Margaret McBride (who was one of the hospital’s Church administrators), a woman was given an abortion at the hospital, after doctors said she risked dying if her pregnancy was not terminated. The Bishop of Phoenix excommunicated McBride and, as a direct result of the abortion, withdrew the Catholic Church’s patronage from the clinic. After being ousted from the Church for an act that the bishop judged “unacceptable,” the nun has now been returned to her position.

The St. Joseph’s patient suffered from pulmonary hypertension, a rare and potentially lethal disease which is often aggravated by pregnancy. Along with Sister McBride, the doctors involved in the abortion, as well as the mother herself, were also excommunicated.