After learning their pastor has been accused of sexually abusing a child, the shocked congregation of St. Gabriel the Archangel Catholic Church was left in silence Saturday night. 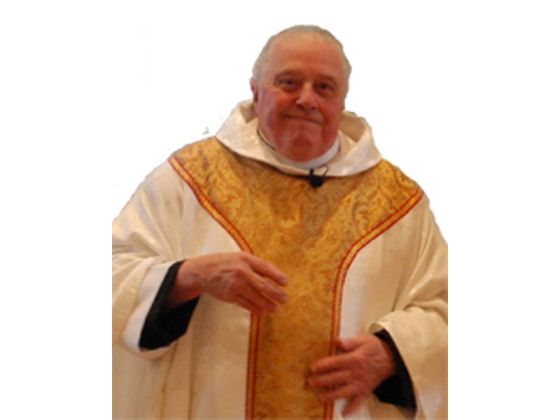 The Rev. Rafael Torres-Rico told the packed, 1,100-member church during the 5 p.m. Mass that The Rev. Charles Robert Manning is being investigated by Colorado Springs police for “sexual abuse of a minor.”

No other details of the allegations against Manning were shared with the congregation, some of whom were in tears by the end of Torres-Rico’s announcement.

“It is important to remember that in both civil and canon law Father Manning is presumed innocent until proven guilty,” Torres-Rico told the church.

The allegations were brought to the police on Jan. 4, and Manning has since been asked to step down, Torres-Rico said.

Colorado Springs police spokeswoman Barbara Miller said she was not aware of the investigation and had no comment.

St. Gabriel’s, on Scarborough Drive in one of the fastest-growing neighborhoods in eastern Colorado Springs, opened its doors in 1998. The church, near the intersection of Powers Boulevard and Research Parkway, hosts five services per weekend for its growing congregation, according to the church’s website.

No criminal record for Manning can be found in Colorado. An online search shows that Manning has served in three parishes over the past decade.

In a 2002 posting on a Catholic website, a C. Robert Manning identified himself as pastor of St. Lawrence the Martyr Church in Bridgeton, Mo.

From 2004 to 2007, Manning headed a Catholic church in Imperial, Mo. There, he oversaw efforts to revive the church’s school, which faced falling attendance, according to the church website. The school closed in 2007, the year Manning came to Colorado Springs.

In 2010, Manning was named chaplain of the year by the Colorado branch of Knights of Columbus.

The Catholic Church has battled allegations of sex abuse by priests for years, including a revelation in 2010 that the former priest Divine Redeemer, in Monument, was accused of a sex abuse against a child in Denver.

When the priest, the Rev. Mel Thompson, was accused in 2010 of molesting a Denver boy, there had been 50 similar cases within the Denver Archdiocese over a five-year span.