An American priest, who has been financially supported for the past five years by the priest and parishioners of a Vancouver Catholic church, has been convicted of sexually molesting a minor by an ecclesiastical tribunal in Pennsylvania. 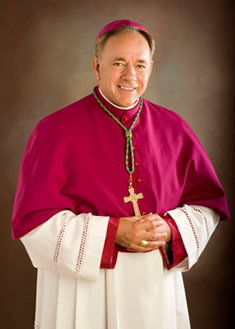 In its decision, reached last October, the tribunal recommended to the Vatican that Eric Ensey be dismissed as a priest.

“The tribunal reached moral certitude that Ensey had indeed committed the offences of which he was accused,” Fr. Tom Doyle wrote in letters sent last week to Vancouver Archbishop Michael Miller and John Horgan, the priest at Saints Peter and Paul Church.

Doyle, a Dominican priest and canonical lawyer, represented the victims.

“I realize that Ensey and his cohorts continue to insist on their innocence,” he wrote. “They have masked themselves with a deceitful veil of traditional orthodoxy, which has proven successful in duping a number of people. Unfortunately there is overwhelming evidence to the contrary.”

The tribunal spent nearly three years investigating Ensey, who since 2002 has been restricted from doing any ministerial work, presenting him-self as a priest, wearing clerical garb or performing any sacred functions.

Horgan passed none of that information on to parishioners.

“I told them he [Ensey] was a student priest,” Horgan told me in December. “I did not go into all the details because, in this case, I though the charity we were doing for him was sufficient. That may well have been a mistake of prudence on my part.”

At that time, Horgan also told me he was “fully aware” of the tribunal proceedings.

Horgan’s fundraising stopped in December after Miller ordered an end to soliciting and accepting tax-deductible donations for Ensey, other members of the Society of St. John, the seminary it runs in Paraguay, and an associated orphanage.

Ensey is appealing the tribunal’s decision, Doyle said in a telephone interview from Virginia. The appeal will be heard by the Congregation for the Doctrine of the Faith, the body once known as the Inquisition.

“Ensey’s chances of winning an appeal are about as good as that of a rabbi being elected pope,” said Doyle, who has been involved in many similar cases since the first one in 1985 when he worked in the Vatican’s embassy in Washington, D.C.

The congregation will likely decide fairly quickly. But it doesn’t make its decisions public. The Vatican also provides no public access to its list of so-called defrocked priests.

It’s not clear how much money the Vancouver parish raised to support Ensey or whether they were given tax receipts for those donations. Horgan, however, told parishioners that he had been giving a third of his salary to the disgraced priest.

Nearly 10 years ago, Ensey was stripped of ministerial duties after a former seminarian filed a civil lawsuit alleging that he’d been sexually abused by Ensey and Carlos Urruti-goity, who is now a monsignor in Paraguay.

Ensey and Urrutigoity founded the Society of St. John in Pennsylvania. But the bishop there “suppressed” or disbanded it in 2004 because of allegations of rampant sexual misconduct and financial mismanagement.

Soon after the diocese had negotiated a $425,000, out-of-court settlement in the sexual abuse lawsuit in 2005, Ensey fled to Rome without the bishop’s permission.

Had Ensey followed orders and remained in Pennsylvania, he would not have needed the Vancouver parish’s charity. He could have collected a salary until the case was finalized.

Even so, it’s unlikely Vancouver parishioners would have financed his studies if they’d known Ensey was under investigation for sexual abuse, or helped a Paraguayan society whose leaders are also alleged sexual abusers and financial mis-managers.

But they didn’t know. Horgan’s lapses of judgment. The archbishop’s seeming lack of oversight. The Vatican’s hands-off approach that allowed the Society of St. John to be reconstituted in Paraguay and its leaders to oversee a seminary that graduated 36 priests last year.

And the Vatican’s continued secrecy regarding those who are being investigated or have been defrocked.

How long will Catholic faithful allow this to go on? They’ve already spent hundreds of millions of dollars defending priests and compensating their victims.

If protecting children and youth isn’t a priority for church leaders, parishioners should, at very least, demand they do a better job of risk management.