A top Asian church official told a Vatican-backed conference on fighting priestly sex abuse Thursday that a culture of silence prevalent on the continent has kept many victims from coming forward, as concerns rise that Asia may be the next ground zero in the abuse scandal. 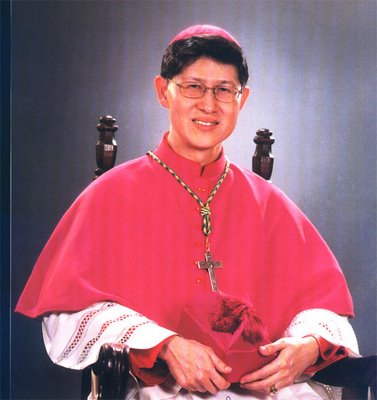 Monsignor Luis Antonio Tagle, archbishop of Manila, Philippines, said deference to church authorities in places like the overwhelmingly Roman Catholic Philippines may also have contributed to keeping a lid on reports. He said more and more victims have come forward in the past five years in the Philippines, but that incidents of priests keeping mistresses still far outpace reports of priests preying on children.

Tagle addressed the conference, which is aimed at helping bishops and religious superiors around the world craft guidelines on how to care for victims and keep abusers out of the priesthood. The Vatican has set a May deadline for the policies to be submitted for review.

Tagle’s presentation made clear that the sex abuse scandal — which first erupted in Ireland in the 1990s, the United States in 2002, and Europe at large in 2010 — hadn’t yet reached Asia. But the concern is very real that it might: In November, the federation of Asian bishops’ conferences said the church has to take “drastic and immediate measures” to contain the problem before it gets out of hand.

“Though the issue of the child abuse crisis has yet to come into the open in the societies of Asian countries, as it has happened in the West or in other continents of the world … it appears it will not be too late before it might come to (a) similar situation in Asia,” the federation said in announcing a seminar in November to bring bishops up to speed about the problem.

Tagle said he didn’t know if the steady increase in victims coming forward over the last five years is “a prelude to an explosion,” but he acknowledged that the reported cases are probably a fraction of the total.

“How Asians normally respond to an embarrassing situation is to preserve one’s dignity, to preserve one’s honor. Usually that takes the form of silence,” he told reporters. “It’s not because the person doesn’t want to share it, but that by divulging everything, the little bit of honor that is left in me will be taken away from me.”

He said mandatory reporting laws, which would compel bishops or religious superiors to report accusations of abuse to police, would be “difficult culturally” to swallow in many Asian countries where victims may prefer to seek justice discreetly, within the church’s own legal system.

He also suggested that the mentality is still very much alive in Asia whereby a bishop, who has a paternal and fraternal relationship with his priests, would find it difficult to turn over an accused priest to police.

That mentality has been blamed for the scandal’s enormous proportions in the United States, Australia and Europe, since bishops and religious superiors for decades moved abusers from parish to parish rather than report them to police. Only in 2010, at the peak of the latest scandal, did the Vatican explicitly tell bishops to comply with civil reporting requirements where they exist.

Tagle said the mentality must change now in Asia.

“We’re in the process of checking our cultural expressions, and see how the culture needs to be purified in order to achieve this just situation in the church,” he said.

Tagle himself said he wasn’t clear on the civil reporting laws in the Philippines but that bishops know they must cooperate with civil authorities.

Later Thursday at the close of the symposium, Munich Cardinal Reinhard Marx was launching an online resource center for bishops to learn the best practices to combat abuse.

In his speech to the conference, Marx said the scandal — which erupted in 2010 in Pope Benedict XVI’s native Germany — had cost the church credibility “from which it has yet to recover.”

“Stonewalling, trivialization and relativization will not foster a new credibility,” he said. “There can therefore be no substitute for openness, transparency and truthfulness.”