When he visited the United States four years ago, Pope Benedict XVI blessed a box of silver ribbon-shaped pins for breast cancer charity Susan G. Komen for the Cure and sent them to its founder, Nancy Brinker. 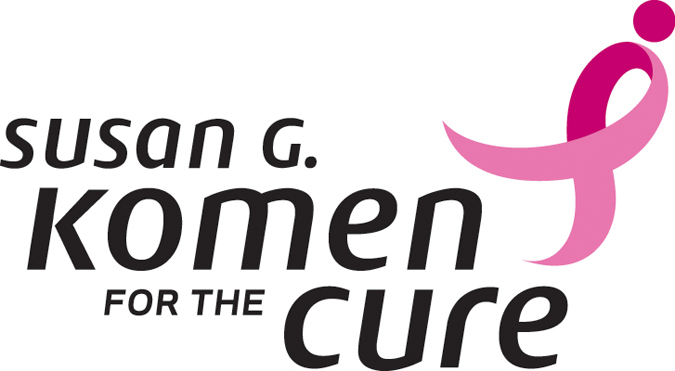 Brinker was touched by the gesture and thanked the pontiff in person on the day of his departure.

“He took my hands and blessed me for my work. I couldn’t help myself. I burst into tears,” she recalls in her memoir, “Promise Me: How a Sister’s Love Launched the Global Movement to End Breast Cancer.”

Pope Benedict’s blessings marked a high point in the Komen charity’s relationship with the Catholic church. But even before the papal jetliner touched down at Andrews Air Force Base near Washington in 2008, American church leaders had already begun to emerge as critics of Komen’s longstanding ties to Planned Parenthood, the women’s health organization whose services include birth control and abortion.

Internal Komen documents reviewed by Reuters reveal the complicated relationship between the Komen Foundation and the Catholic church, which simultaneously contributes to the breast cancer charity and receives grants from it. In recent years, Komen has allocated at least $17.6 million of the donations it receives to U.S. Catholic universities, hospitals and charities.

Such pressure helped sway Komen’s leadership to cut funding to Planned Parenthood, according to current and former Komen officials. The decision, made public in January, and Komen’s reversal only days later, sparked an angry outcry from both sides of an intensifying American debate over abortion.

The anti-abortion movement gathered momentum last year when hundreds of newly elected Republicans entered office across the country and ushered in a wave of local and federal legislation aimed at restricting abortion services and family planning.

“From a moral point of view, and that’s what this is about, it has to do with cooperation and doing things contrary to the church’s teaching,” Bishop Leonard Paul Blair of Toledo said of the agreement the Catholic Conference of Ohio reached on diocese donations.

“In today’s world, there are a lot of entanglements of many things and one has to exercise a certain prudence about standing firm on principle and church teaching and the moral conscience,” he told Reuters in an interview.

Komen officials at the Dallas-based charity declined to speak on the record about relations with the Catholic church.

The earliest signs of discord came in 2005, when South Carolina’s Catholic diocese pulled out of the local Komen fundraiser. It was followed over the next four years by individual dioceses in Arizona, Indiana, Florida, Missouri and other states, where bishops either spoke out against Komen or took steps to stem donations to the charity, mainly because of its Planned Parenthood link.

The momentum picked up in 2011 when top Ohio clerics met in Columbus. High on their agenda was the question of whether the state’s nine dioceses should participate in Komen fundraisers.

No Planned Parenthood clinics in Ohio receive Komen money. But the bishops decided that diocese funds should no longer benefit the charity, for fear that money sent from local Komen affiliates to the Dallas headquarters could wind up in Planned Parenthood’s coffers or help fund research on stem cells collected from human fetuses, according to church officials.

Planned Parenthood was receiving between $500,000 and $700,000 annually in Komen grants to fund cancer screenings and education for low-income women, many with nowhere else to turn. The charity says it does not fund embryonic stem cell research.

The Ohio bishops would soon be joined by the North Dakota Catholic Conference, which cautioned its nearly 190,000 parishioners against donating to Komen. The charity’s officials in California also say they received their first request in two decades to meet with Catholic bishops, who expressed concern about Planned Parenthood but took no action.

The Ohio and North Dakota pronouncements nearly doubled the number of dioceses that have questioned Komen’s support for Planned Parenthood or severed financial ties with the charity, bringing the total to at least 23 of the 195 Catholic dioceses in the United States.

The U.S. Conference of Catholic Bishops has no official policy on donations to Komen because funding activities take place at the local level, according to conference spokeswoman Sister Mary Ann Walsh. That could change as more bishops speak out on the issue, though another conference official said the national body has no plans to take up the question.

Observers say the local bishops’ focus on Komen and other social issues reflects a larger conservative shift within the American church since New York Cardinal Timothy Dolan became chairman of the Conference in November 2010.

Under Dolan’s leadership, the conference last year set up a new ad hoc committee on religious liberty to oppose government policies that conflict with church teachings on abortion, contraception and gay marriage.

That move coincided with the rise of social conservatives in Congress and state legislatures during the 2010 elections and has gathered pace during the 2012 presidential campaign.

“It’s an ideal time for them to push both Democrats and Republicans to acquiesce to their demands, because nobody wants to be seen as disrespecting religion,” said Jon O’Brien of the advocacy group, Catholics for Choice, which opposes the Vatican on matters related to sex, marriage and family life.

But even as opposition to Komen continues, some Catholic recipients of Komen money have promoted their ties with the breast cancer charity to the media. Other institutions carry hypertext links to Komen on their Web sites and some display the Susan G. Komen for the Cure logo, including a pink ribbon.

In Ohio, tens of thousands of dollars in Komen grants have gone to some of the same institutions that bishops there proposed as funding alternatives to Komen.

Georgetown University in Washington has received $15 million in Komen grants. Catholic institutions overall collected $7.4 million from the charity in 2011 alone, while Planned Parenthood’s receipts totaled $684,000 during the same year.

The grants, and the warm reception for Komen among some Catholic institutions, underscore the common interests of charity and church in protecting women against a devastating and deadly disease. But some outside observers say the money also raises ethical questions about the bishops’ opposition role.

“It is morally inconsistent, and difficult to explain, why you would condemn donations but continue to accept grants. It makes no ethical sense at all,” said Arthur Caplan of the University of Pennsylvania’s Center for Bioethics.

“It is blatantly hypocritical,” said Al Mancuso, a 42-year-old Cleveland resident who regularly attends church and volunteers at church functions but opposes the Ohio bishops’ stance on Komen and Planned Parenthood.

Michele Allen, a 40-year-old mother of two from Lyndhurst, Ohio, said: “This happens every election cycle. The church is a little too politicized. This association with the Republicans and all these pro-life issues around the primaries is too connected with politics.”

Catholic officials say there is nothing inconsistent about criticizing Komen’s spending policies while accepting money from the charity. They argue that church-affiliated institutions can reach some of the poorest and most underserved women without spending funds in ways that conflict with Catholic teachings.

“I don’t see any kind of ethical or moral concern here,” said the Rev. Tadeusz Pacholczyk of the National Catholic Bioethics Center, an agency that analyzes healthcare and life science issues from the standpoint of church moral tradition.

“The concern is at the front end, when you’re donating money to an entity that’s taking that money and using it in a contradictory way.”