Underage sexual abuse victims were castrated in Dutch Roman Catholic psychiatric wards in the 1950s, according to the Rotterdam-based newspaper NRC Handelsblad. 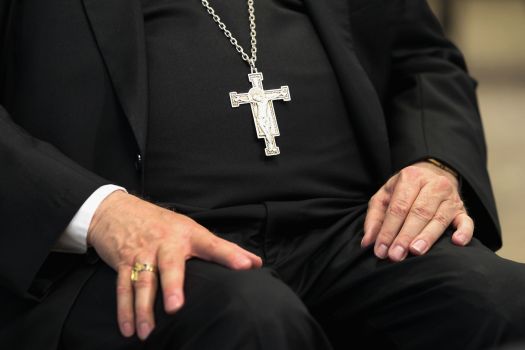 Castration was performed on young men who were thought to be homosexual, but also as a means of punishing those who blew the whistle on abusers, the paper quotes sources as saying.

NRC discovered proof of the forced castration of one young man and strong evidence that at least ten other abuse victims were subjected to the removal of their testicles. The proof includes court documents, medical records, letters from lawyers and private correspondence.

According to the paper, the practice was reported in 2010 to the Deetman Commission which completed its investigation of sexual abuse in the Roman Catholic church last December. The commission, led by former cabinet minister Wim Deetman of the Christian Democrat party (CDA), made no mention of the castration of abuse victims in its final report.

NRC also writes that a prominent Dutch politician tried to secure a royal pardon for Catholic brothers convicted of sexual abuse at Harreveld, a former boarding school in the Netherlands. The politician was Vic Marijnen, who later became Dutch prime minister.

Marijnen was chairman of the Harreveld board of governors at the time when the abuses took place. He was also vice-chairman of the Netherlands’ main Catholic child protection agency and leader of the Catholic People’s Party (KVP), which later merged with Protestant groups to create the Christian Democrats.

In a reaction, the church-installed Deetman Commission says it did not publish any findings on the castration of abused minors in its final report because it had “too few leads for further investigation.” The commission did not report on the actions of Vic Marijnen because “the case was unmistakeably tied to circumstances which could be traced back to an individual person.” In its final report, the commission left most identities anonymous as a means of protecting individuals’ privacy.