BY THE CATHOLIC Church’s reckoning, it has undergone a sea change since the days when sexual predators in clerical collars sexually abused young boys with scant fear of dismissal, reprimand or even excessive concern by their supervisors. American dioceses have paid billions of dollars in compensation to victims, the U.S. Conference of Catholic Bishops has issued what amounts to a zero-tolerance policy and Pope Benedict XVI has apologized to victims of clergy sexual abuse here and in Ireland. 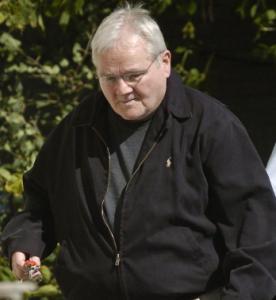 Yet despite the hierarchy’s insistence that it is investigating and rooting out sex criminals, the church often seems stuck in a defensive crouch. Too often it has failed to move against abusers and those who tolerate them until forced to do so by legal action or the threat of full-blown scandal.

That’s the lesson in the story of the Rev. Bradley M. Schaeffer, for many years one of the most prominent Jesuit leaders in America. As the Boston Globe reported last month, Mr. Schaeffer, as leader of the Jesuits in Chicago in the 1990s, was presented with credible complaints from family members that a priest under his supervision was sexually abusing young boys. The priest, Donald J. McGuire, had been the subject of similar reports going back to the 1960s.

Rather than alerting police or removing Mr. McGuire from any ministry that would have allowed him contact with boys, Mr. Schaeffer sent him for treatment for a sexual disorder — which didn’t work. According to court records, Mr. McGuire continued to prey on boys for years afterward. Convicted by a federal jury in 2008 for molesting a schoolboy, Mr. McGuire is now serving a 25-year prison sentence.

In response to the Globe’s reporting, Mr. Schaeffer said he regretted that in the early 1990s he had not stopped what he called “these horrific crimes.” Yet he went on to become president of the U.S. Jesuit Conference, the largest Catholic order in America, and a board member of major Jesuit institutions, including Georgetown University. He resigned from Georgetown’s board of directors, on which he served as vice chair, shortly after the Globe’s story appeared.

The Schaeffer saga fits an all too familiar pattern of passivity by the church. Worryingly, there are even signs that the church’s passivity has morphed into hostility toward its accusers. In March, the New York Times reported that lawyers for the church have launched a campaign against a group that has championed the victims of pedophile priests, asking courts to force the group to disclose more than 20 years of e-mails. The organization, the Survivors Network of those Abused by Priests, known as SNAP, says that the church’s action is a serious threat to its advocacy.

While Catholic leaders insist they have turned the tide against clerical sexual abuse, the church’s behavior suggests that its default is to protect the abusers and their supervisors who turned a blind eye. Until that changes, the church’s promises of zero tolerance will remain an illusion.