Three men who filed the first sexual abuse lawsuits in the Navajo Nation court system against the Catholic Church have recently settled their cases. 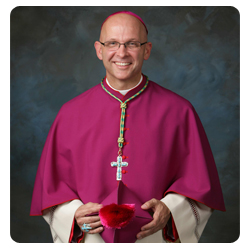 The Gallup Independent reports that the men will receive money as part of the settlement from the priest who is accused of sexually abusing them, the Diocese of Gallup, the Franciscan Province of Our Lady of Guadalupe in Albuquerque and another church entity.

Patrick Noaker, an attorney who represented the men, said his clients have asked that the settlement amounts not be publicly disclosed.

The lawsuits allege that Charles Cichanowicz, a former Franciscan priest who once worked on the Navajo Nation, sexually abused them when they were teenagers in the late 1970s and 1980s. Cichanowicz was assigned to parishes in Shiprock, N.M., and St. Michaels, Ariz.

Attorneys for the Diocese of Gallup and Cichanowicz didn’t respond to requests for comment, nor did Albuquerque’s Franciscan Province of Our Lady of Guadalupe.

At least one of the lawsuits alleged that the diocese and the Franciscan orders transferred Cichanowicz when he was caught and continued to assign him to parishes, giving him unsupervised access to children.

It alleged they did not report him to authorities, tell parishes about him or take safeguards to prevent him from unlawful sexual conduct. Cichanowicz later left the priesthood.

Noaker said lawyers for those who were sued in the case offered no apologies to his clients, and Cichanowicz made no admission of guilt.

By filing their lawsuits in the Navajo Nation’s courts, Noaker said his clients feel like they have protected other children by raising public awareness of the sexual abuse of children on the Navajo Nation. Noaker said none of the men ever considered pursuing out-of-court confidential settlements with the Catholic Church.

He said the men started the legal process ashamed and embarrassed by what had happened to them and grew into men willing to take on the man they say abused them.