SEATTLE — A King County jury has awarded $8 million to a victim of sexual abuse at a Seattle Catholic school. The sum is believed to be the largest ever against the Catholic Church in Washington state. 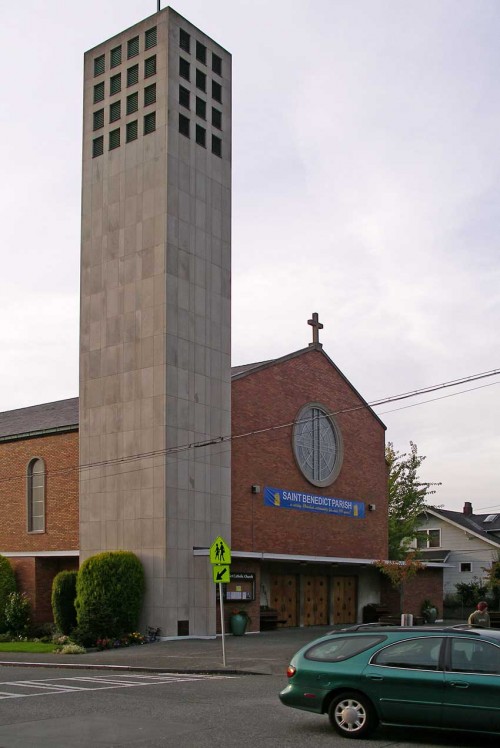 The jury found the Missionary Oblates of Mary Immaculate, a Catholic order of priests, guilty of ignoring the plaintiff’s complaints of sexual abuse at St. Benedict School in Wallingford. The plaintiff testified in court that he was abused on a weekly basis between 1961 and 1964 by a former teacher and principal, Daniel Adamson.

“This wasn’t minor abuse. This was three years of the worst crimes you can imagine on a child,” said the plaintiff, Stephen O’Connor. “What sexual abuse and sodomy and rape of a 12-year-old child is minimal?”

O’Connor, who grew up in Seattle but now splits his time between Western Washington and Spokane, said he hid the memories of sexual abuse for nearly 50 years but that a 2008 reunion at St. Benedict – to mark the school’s 100th anniversary – triggered an onslaught of feelings.

“I went to the boys’ bathroom, to the stall where it began. I went to the small projection room closet, where some of the worst crimes were,” O’Connor said. “I had to sit down in my house and tell my wife of 43 years who I’ve known since I was 7-years old (about what happened). I had to tell my four children.”

O’Connor says he was especially upset that he noticed Adamson’s photos had disappeared from the school walls – as if someone knew what had happened but tried to hide it.

“It was a trigger point. He went there, expecting to see this longtime teacher and principal – see his picture, see evidence, see evidence of him, and he saw that there was nothing, no evidence of him there,” said O’Connor’s attorney, Darrell Cochran. “What it triggered for him was that somebody knew he was a sexual abuser and they had removed everything about that guy.”

Adamson died in the 1970s. O’Connor testified in court, along with two other former students, that Adamson had an elaborate train set in his basement that he used to lure kids into his home and then abuse them.

O’Connor later dropped out of school to escape the abuse, he said. He joined the Marines and did two tours of duty in Vietnam, before becoming a police officer.

“As a United States Marine in combat, I wasn’t the only one. As a police officer on the worst 911 calls, I knew that Skagit County was coming or state patrol was coming,” he said, “but as a 12 year old 7th grader at St. Benedict’s I had no one. And none of those victims did. I was 12-years old, and everybody thought it was okay.”

The jury’s award of $8 million will be reduced to $6.4 million because the jury found the Seattle Archdiocese – which owned the school at the time – and the Dominican Sisters, another religious order who staffed the school, partially responsible.

The Seattle Archdiocese settled their part of the lawsuit last year for $500,000.

“We settled with them, and that’s in the past,” said Greg Magnoni, a spokesman for the archdiocese. “In every case of sexual abuse that’s occurred in a Catholic institution we deeply regret any harm or pain to the victims or the family.”

Calls to the Seattle attorney representing the Oblates and to the Oblate national office were not returned.