Thirty-seven boys who died in the early 1950s in a Dutch psychiatric hospital run by the Catholic Church were probably killed by a monk in charge of their care, prosecutors said on Thursday. 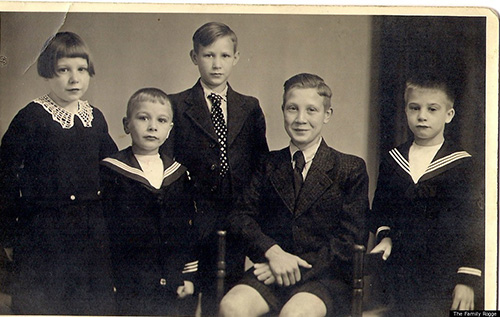 It was the latest in a string of scandals to hit the church in the Netherlands, where an independent commission found last year up to 20,000 minors were sexually abused in Catholic orphanages, boarding schools and seminaries between 1945 and 1981.

In a report released on Thursday, prosecutors said the boys who died between 1952 and 1954 in St. Joseph’s psychiatric hospital in the southeastern town of Heel had likely been given morphine overdoses by Brother Andreas.

Prosecutors said Brother Andreas had died and there were no known living suspects. If he had been alive there was enough proof to launch a criminal investigation.

The deaths happened so long ago that prosecutors said exhuming bodies of the victims for toxicology tests would likely not have helped pin down a cause of death.

The Catholic Church has been under fire for years in Europe and North America for sexual offenses committed against children over the past century and attempts to cover up the crimes.

The Dutch inquiry was launched after the commission found an unusually high number of deaths at the hospital during the period. It said Guus Vestraelen, the institution’s doctor, had almost certainly covered up for Brother Andreas by misreporting the causes of death. He too has since died.

“On the basis of the facts established … Brother Andreas would be a suspect if he were still alive,” prosecutors wrote, noting that any offences committed in the 1950s might have lapsed under Dutch law.

They said the Diocese of Roermond, in which the hospital was located, had learned of the deaths by 1958, but had not informed authorities.

“The bishopric finds it inexplicable that it didn’t report these events at the time,” the Diocese said on Thursday in a statement on what it called the “disturbing” findings. It expressed regret that an internal investigation carried out in the 1950s had failed to establish the facts.

Prosecutors said their investigation found that Brother Andreas was not qualified to care for disabled boys and that the large number of deaths sharply declined after he was transferred to another institution.