At least this can be said of the pending charges against two Roman Catholic priests from Southern California parishes–including St. Athanasus Church of Long Beach: only one of the four accusers is a child and all are female. The latest case involves Father Rafael Venegas, who is accused of sexual battery against a 20-year-old woman on the grounds of his St. Anne Catholic Church in Santa Monica.

The woman, who is not a parishioner, claims the assault happened in September 2011, and the Santa Monica Police Department launched an investigation July 1.

Venegas turned himself in on Monday after the city attorney charged the priest with one count of sexual battery and one count of providing alcohol to a minor.

Venegas made his $20,000 bail and is scheduled to be arraigned Friday. 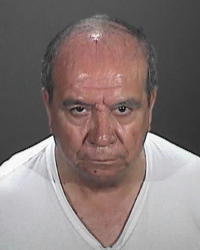 Father Luis Jose Cuevas, 67, pleaded not guilty Wednesday to groping a 14-year-old girl and two women in their 20s while working at St. Athanasus, which is also where the assaults allegedly happened.

The women reported first to the archdiocese and then to Long Beach Police that they were each groped by Cuevas this past February.

Cops say that during the ensuing investigation, the teen came forward to accuse the priest of inappropriately touching “an intimate part” of her body for his sexual arousal in July 2010.

The archdiocese, which removed Cuevas from all ministry, issued a statement that was read at weekend masses indicating the Holy See considered the allegations credible and that it “takes all such matters seriously . . .”

Well, at least now it does.