A member of Montini Catholic High School’s board of directors is on leave from the Diocese of Joliet amid allegations that he sexually abused a minor more than 25 years ago. 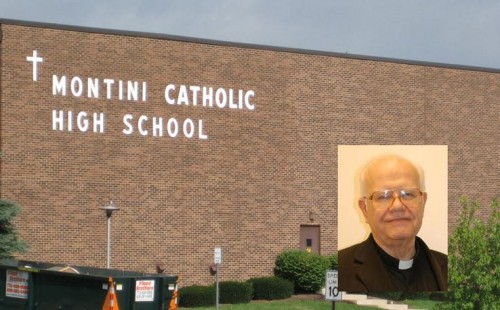 The Rev. James Nowak, a retired Roman Catholic priest who served in parishes in Lombard, Romeoville, Westmont and most recently Naperville over a 40-year career, is no longer allowed to celebrate a public Mass or to administer other sacraments, diocese officials said, as he is on temporary administrative leave.

In a statement the diocese has dated Aug. 28, Bishop Daniel Conlon, head of the Diocese of Joliet, said he has “determined that abuse likely occurred,” and that the case has been forwarded to the Congregation for the Doctrine of the Faith in Rome for further review.The statement also says parishioners where Nowak was assigned are being notified of the allegations against him through their local parish.

James Segredo, president of Montini Catholic High School in Lombard, confirmed he was aware of the allegations against Nowak, but directed all other questions to the diocese.

Doug Delaney, a spokesman for the Diocese of Joliet, said the diocese does not know when the alleged sexual abuse occurred or what church Nowak was serving at the time of the alleged incident. The Diocese declined to say on what basis it made its decision to place Nowak on leave.

Nowak, 75, retired in 2007 after serving five years as pastor at Saints Peter and Paul in Naperville, Delaney said.

Prior to that tenure, he was assistant pastor at Sacred Heart Church in Lombard, St. Mary Nativity in Joliet and St. Andrew in Romeoville from 1971 to 1974, according to information from the Diocese of Joliet.

After studying church law in Rome and an eight-year tenure in the Diocese of Joliet’s offices — where he worked with marriage annulments, according to the diocese — Nowak was named pastor of St. Anthony in Joliet in 1988.

He went on to serve as pastor at Holy Trinity Catholic Church in Westmont from 1993 to 2002 and Saints Peter and Paul in Naperville from 2002 to 2007, when he retired.

The diocese statement asks that individuals with relevant information to the allegations should contact Judith Speckman, Dioecesan Victim Assistance Coordinator, at (815) 263-6467, as well as law enforcement authorities.