Veiled threats by the Catholic hierarchy to excommunicate politicians who support the proposed abortion legislation are clerical comedy at its blackest. 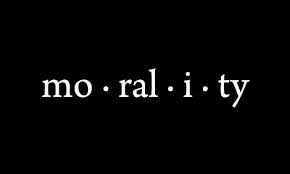 As administrators of a private club, governed by self-generated rules, bishops and cardinals are perfectly entitled to formulate their own membership policies (within the law, of course).

But the excommunication tactic involves a darkly hilarious proposition – that good standing with the Vatican is synonymous with morality.

Anyone convinced by this quaint notion should break the habit of a lifetime and open their eyes.

On any given Sunday, many of the country’s most twisted crooks can be found in churches of various kinds.

Sometimes, the worst offender is the degenerate priest on the altar; sometimes, it’s the corrupt TD in the front pew.

In the more salubrious parishes, it’s the gangster banker who likes to showcase his spiritual side by leading the prayers of the faithful.

This is not to say that believers are more prone to greed or deceit than anybody else but rather that the greedy and deceitful frequently disguise themselves by infiltrating the company of believers.

Hiding in plain sight is a well established law-evasion technique; in holy Catholic Ireland, the strategy has been refined to involve hiding within the sight of God.

Excommunication would be an excellent idea if church authorities started with the real reprobates and worked downwards – just like Jesus did when He decided to cleanse the temple.