The settlement — the largest ever for the diocese in a single priest sexual abuse lawsuit — came on Monday afternoon as jury selection was underway for the trial in Jackson County Circuit Court in Independence. 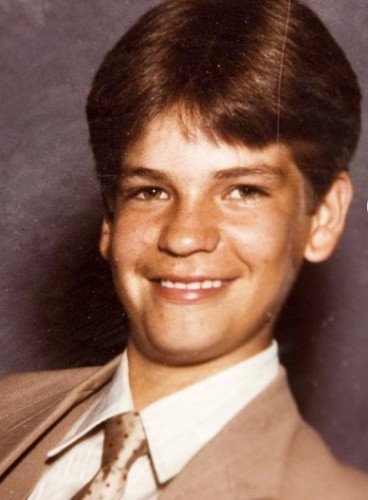 “This is one of the most significant cases we’ve ever worked on,” said Rebecca Randles, the attorney for Donald and Rosemary Teeman, who filed the lawsuit against the diocese and Monsignor Thomas J. O’Brien in 2011 after a man who served as an altar boy with their son, Brian, told them of the alleged abuse. Brian Teeman, 14, died of a gunshot wound in November 1983 at the family’s home in Independence.

“This allows everyone to put this behind them,” Randles said. “It allows closure at this point in time. And it sends a message that no matter how long ago something like this happens, there will still be liability, and it’s imperative on those who have care and custody of children to make sure they listen to the alarms that are sounded to make sure that children are safe…”

Settlement negotiations began over the weekend, Randles said. Opening statements in the trial were expected to begin Tuesday. In addition to the diocese’s settlement, she said, O’Brien settled for $2,500. There will be a settlement hearing to finalize the agreement, she said.

The diocese issued a statement confirming its settlement.

“The decision to enter into this agreement was made in consideration of the financial and emotional toll on all parties of an anticipated four-week trial,” the statement said. “In these circumstances, the Diocese believes that the settlement is in the best interest of the Teeman family, Nativity of Mary parish community and the people of the Diocese as a whole.

“While the facts surrounding Brian’s death have remained unclear, the tragedy of it is certain. The Catholic community prays that God’s face shines upon Brian, His peace descend on the Teeman family and His healing presence strengthen all hearts.”

Gerald McGonagle, who represents O’Brien, did not respond to a request for comment.

As part of the settlement, the diocese will place a bench on the grounds of Nativity of the Blessed Virgin Mary Catholic Church in Independence in honor of Brian Teeman. On it will be the words: “A beautiful soul will never be forgotten. In loving memory of Brian Teeman.” 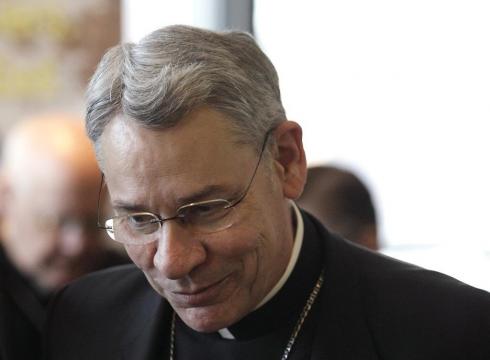 Rosemary Teeman said the family was relieved to have the trial complete. However, she said, “It’s bittersweet.”

The case would have been the first involving childhood sexual abuse to go to trial in the diocese.

The lawsuit alleged that O’Brien forced Brian Teeman and three other boys to perform sexual acts in the sacristy at Nativity of Mary in Independence. It said O’Brien warned the boys that if they ever told, they would be kicked out of the church, be disowned by their parents and go to hell.

The Teemans said they didn’t know about the sexual abuse or the reason for Brian’s suicide until Jon David Couzens, the former altar boy, contacted them in 2011.Their lawsuit said that the diocese shared responsibility for Brian’s death because church officials knew that O’Brien was sexually abusing boys but covered it up.

Couzens also filed a lawsuit in 2011 alleging sexual abuse by O’Brien. His case is scheduled for trial next year.

In motions filed in the Teeman case, diocesan attorneys argued that there was no proof the diocese knew that Brian Teeman had been abused or that he committed suicide. The diocese also argued that too much time had passed since Brian’s death.

The statute of limitations for wrongful death is three years in Missouri. The Teemans argued, however, that the statute should be suspended because of what they said was the defendants’ cover-up, fraud and concealment of O’Brien’s alleged abuse of their son and other children. Jackson County Circuit Judge Michael Manners held their argument as valid, and the diocese unsuccessfully appealed Manners’ ruling to the Missouri Supreme Court.

O’Brien, now 86, was not expected to attend or testify at the trial. He has been the subject of more than two dozen sexual abuse lawsuits and was among 12 current or former priests named in a 47-plaintiff case that the diocese settled for $10 million in 2008. He repeatedly has denied all abuse allegations.

The diocese has been named in dozens of civil lawsuits in the past decade alleging sexual abuse by its priests. A new surge of lawsuits flared up in mid-2011 after the Rev. Shawn Ratigan was charged with producing and attempting to produce child pornography.

The first of the Ratigan lawsuits was resolved in May, when the diocese agreed — days before the scheduled trial — to a $600,000 settlement in a federal civil lawsuit filed against Ratigan, the diocese and Bishop Robert Finn by the parents of a young Missouri girl. Until Monday, it was the diocese’s largest settlement in a single priest sex abuse case.

The diocese previously has said that it received a complaint in September 1983 accusing O’Brien of sexual misconduct with a teenage boy and that O’Brien denied any wrongdoing. O’Brien was removed from his assignment as pastor of Nativity of the Blessed Virgin Mary Parish in October 1983 and sent for psychological evaluation and treatment, the diocese said.

After completing treatment, O’Brien returned to the diocese in June 1984 and was allowed to serve only as a part-time hospital chaplain, the diocese said. He continued in that position until 2002. Later that year, the bishop at that time, Raymond J. Boland, told O’Brien that he could no longer present himself as a priest.

Randles said she didn’t know what impact the Teeman settlement might have on Couzens’ case, which is set for trial in January.

“We can’t really speculate on how this will affect his case, although any time a survivor achieves justice in the civil system, it always impacts the rest,” she said.

“The sad part is that Brian Teeman was living in a time frame when this kind of thing wasn’t talked about…. He had no place to go. What Don and Rosemary have done is created a place to make it safe for children to come forward. And that’s incredibly important.”