The synod on the family was closed before having been initiated. The possibility of a serious discussion with respect to homosexual people was already eliminated in the time of its preparation, when the church was not even able to scientifically verify its own false language: today it goes on – in an ideological way – speaking about “tendencies” instead of “sexual orientation” of human people. In the preparation of the synod, Church has ridiculed and eliminated the homosexual question, deceiving the expectations of humanity for a serious and respectful discussion of the experience of humanity and the scientific knowledge related to the persons belonging to non-heterosexual minorities and their family life, their life of love. 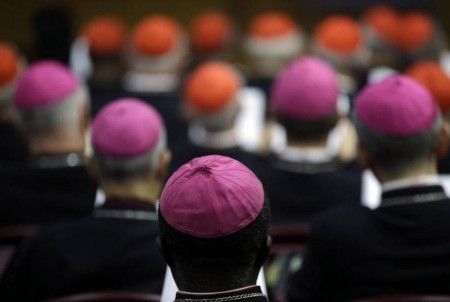 The synod doesn’t have “laying closed hearts, which bare the closed hearts which frequently hide even behind the Church’s teachings or good intentions, in order to sit in the chair of Moses and judge, sometimes with superiority and superficiality, difficult cases and wounded families” (Francis, Conclusion of the Synod of Bishops, 24.10.2015). On homosexual persons, on their families and children the synod has produced only a homophobic closing of the reason and the heart. The synod has been incapable of reading the reality of homosexual people and considering them in their human dignity and in their aspirations of love. Such people are only considered inside their own families, almost as they were immature people who require a special care from the other members of the family, all of that behind the dishonest and insensitive “respect”. Without any indication for the life of homosexual people, the synod has only repeated the worst of the documents of the Congregation for the doctrine of the faith: “between the homosexual unions and the God’s plan for marriage and family doesn’t exist remote analogy”. Such repetition is shameful and offensive to the reality of the homosexual and lesbian families, and to their happy children. One wonders if for living according to the wish of synod this persons should get rid of their families and children. Behind the conclusions of the synod dangerous antihuman insinuations can be glimpsed, inciting to arouse sense of guilty and inferiority, of complex and negativity between children and their homosexual fathers or their lesbian mothers. The position of the Congregation repeated by the synod is the offense to the reason, to the human reality and to the Christian sensibility taught by Jesus. It is not the humble discernment of the reality, wished by the Pope Francis. It is an ignorant abuse of the spiritual power of Church. 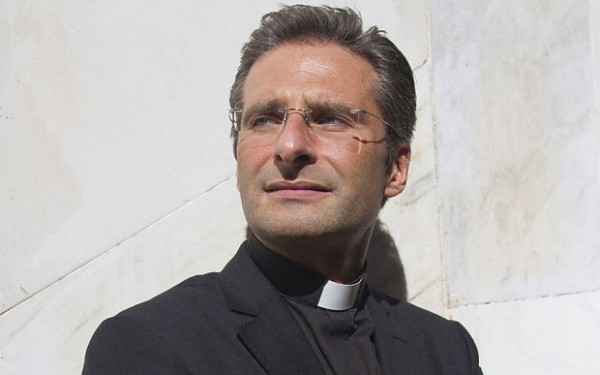 The lack of sensitivity of Jesus in the synod is a deplorable and particularly serious irresponsibility of Catholic Church. For years I have experimented this irrational multilevel closing of Church. I have experimented the sabotage of the pontificate and Pope Francis’ synods by the Congregation for the doctrine of the faith, where I worked. This way, at the beginning of the synod, with priestly passion, I had asked in my letter to Pope Francis to take seriously in consideration the dignity of homosexual people, of their families and their children. I considered that the Pope is the only person that can stop the absurdity of the retrograde impositions. Today I make public my letter (the next post), taking note of the insensibility and the hateful refusal of persons belonging to sexual minorities. That synod, in mouth of a Father of Synod, has only known to compare homosexual people to the Nazi and to the enemies of humanity. In civil societies such offenses should be denounced: they are defamatory and they arouse hate homophobic hate. The silence of Church on that subject is embarrassing.