A former Catholic priest faces a first-degree murder charge for allegedly killing a onetime beauty queen who was last seen alive the night he heard her confession. 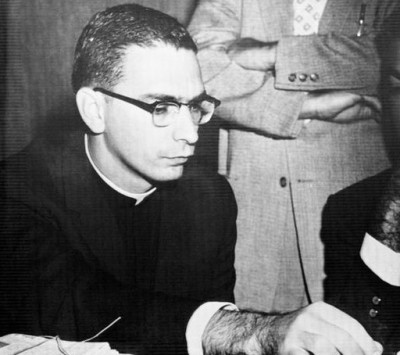 John Feit, 83, had long been the main suspect in the 1960 death of schoolteacher Irene Garza, but he wasn’t arrested until Tuesday in Scottsdale, Arizona.

According to an indictment unsealed Wednesday, a grand jury in Hidalgo County, Texas, decided there was enough evidence to charge that Feit, “with malice aforethought, (caused) the death of Irene Garza by asphyxiation in a manner and means unknown to the grand jury.”

Garza was last seen alive the night before Easter 1960, when Feit heard her confession at Sacred Heart Catholic Church in McAllen, Texas. Five days later, searchers found the body of the 25-year-old former Miss South Texas facedown in a canal.

In 2004, a grand jury heard the case but decided not to indict Feit. Authorities haven’t released details about what’s changed since then.

“At this point I am being very careful about what information I’m giving out there,” Hidalgo County District Attorney Ricardo Rodriguez told CNN about his decision to present the case to the grand jury again, and the outcome.

“All I can say at this point is that we’ve had about a year and two months to start and look through this case,” he said. “We had the facts and evidence to proceed.” 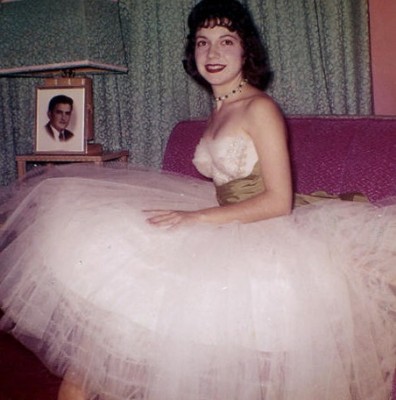 In a sworn statement to authorities and during an interview with CNN in 2013, Feit denied he killed Garza.

Feit told police Garza left the rectory after he heard her confession and the last time he saw her, she was standing outside the church.

‘This whole thing makes no sense’

Feit said Wednesday that he would fight extradition to Texas. He’s behind bars in Maricopa County, Arizona, where a judge set his bond at $750,000.

Feit used a walker to steady himself as he approached the podium during his first court appearance Wednesday. He told the judge he was puzzled.

“This whole thing makes no sense to me, because the crime in question took place in 1960,” he said.

Investigators came to Arizona and questioned him extensively in 2003, he said. 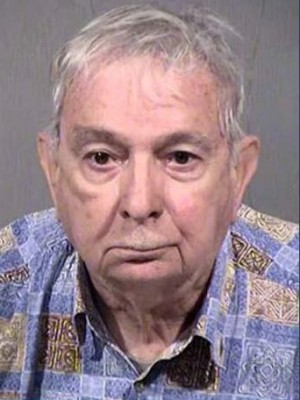 “That was 13 years ago,” he said. “I’m totally puzzled by something coming up now, after the fact.”

“We are working to make sure he comes back to Hidalgo County to stand trial so justice can be served and Ms. Garza’s family can have closure,” the prosecutor said in a written statement released Wednesday evening. “We will elaborate further with additional details once we have completed the extradition process.”

The case that shook a city

An autopsy determined Garza had been raped while in a coma and then died from suffocation. Near Garza’s body investigators found items that belonged to the church, including a candelabra.

One item, a metallic Kodak slide photo viewer, belonged to Feit, at the time a 27-year-old priest who was assigned to the church.

What also made police suspicious was that 24 days before the killing, Feit had been arrested for attacking another young woman at a church in a town about 10 miles from McAllen.

Feit pleaded no contest to misdemeanor aggravated assault. A judge found him guilty and fined him $500 with no prison time.

The crime shocked the people of McAllen. It was unthinkable that a Catholic priest would commit such a crime. That’s the way Garza’s cousins remember it.

“We were accusing a priest that — in those days priests were infallible, ” said Lynda De La Vina, who was 9 years old at the time. 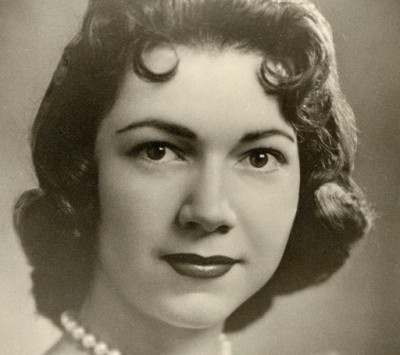 Another cousin, Noemi Sigler, was only 10 when Garza was killed. “It was impossible for a priest to do such a deed. I mean, if you thought of it, that would be sacrilegious.”

But Feit was the likely suspect, said former Texas Ranger Lt. Rudy Jaramillo, who started investigating the murder in 2002 when he served with a Rangers cold case unit. The evidence, he said, “suggests and indicates that that’s who it’s pointing to.”

Garza cousin: It was ‘a cover-up’

Authorities at the time protected Feit, said Sigler. “I don’t know whether it was out of respect for the church or anger or fear, I have no idea,” she said. Shortly after the killing, the church transferred Feit far away to a monastery. He would be moved to other locations over time, and about three years after the killing, the church transferred Feit to Our Lady of Assumption monastery in Ava, Missouri.

Sheltering Feit “was about protecting the church and somehow believing that the church takes care of their own,” said De La Vina. “It was the best that could have happened at that point. Because nothing else was being done.”

Sigler describes her view in more succinct terms: It was “a cover-up.”

During the next four decades, the case grew colder and eventually faded from the headlines. But the cousins kept pushing until 2002, when the Rangers and Jaramillo reinvigorated the investigation.

Hopes for solving the case were never higher when two surprise witnesses independently come forward, each separately claiming that they heard Feit confess.

But then-District Attorney Rene Guerra delayed bringing the case before a grand jury for years, saying their testimony wasn’t credible.