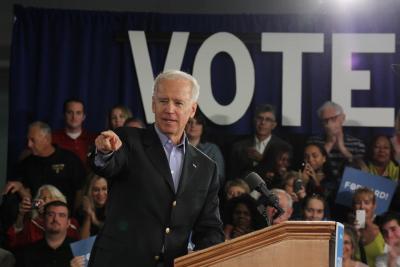 “When a prominent Catholic politician publicly and voluntarily officiates at a ceremony to solemnize the relationship of two people of the same-sex, confusion arises regarding Catholic teaching on marriage and the corresponding moral obligations of Catholics,” said a blog post published on Aug. 5.

The post was written by Archbishop Joseph Kurtz of Louisville, Ky., who is president of the U.S. Conference of Catholic Bishops, along with Archbishop Thomas Wenski of Miami and Bishop Richard Malone of Buffalo.

“What we see is a counter witness, instead of a faithful one founded in the truth,” it continues.

In their blog post, the bishops invoked Pope Francis, who has won over many gay Catholics with his famous “Who am I to judge?” line, but who has also repeated many times the church’s views against same-sex marriage.

“Pope Francis has been very clear in affirming the truth and constant teaching of the Church that same-sex relationships cannot be considered ‘in any way similar or even remotely analogous to God’s plan for marriage and family,’” they wrote, quoting the pope’s recently published document on family life, “The Joy of Love.”

They wrote that Catholic political leaders should uphold church teaching when engaged in political activity.

“Faithful witness can be challenging—and it will only grow more challenging in the years to come—but it is also the joy and responsibility of all Catholics, especially those who have embraced positions of leadership and public service,” they said.

In recent weeks, debate about how Catholic politicians square personal beliefs with public policy has heated up with Hillary Clinton’s pick of Sen. Tim Kaine as her running mate. Kaine, a lifelong Catholic with deep Jesuit connections, favors same-sex marriage and access to abortion.

While the bishops did not appear to address Kaine in their Friday post, other Catholic leaders have weighed in.

“Senator Kaine has said, ‘My faith is central to everything I do,’” Tobin wrote. “But apparently, and unfortunately, his faith isn’t central to his public, political life.” 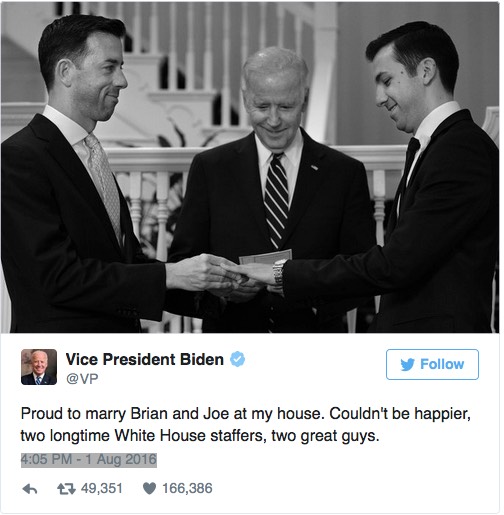 Biden speaks frequently about the importance of his Catholic faith and says he attends Mass regularly.