A PhD Candidate in the Department of Media Studies at Maynooth University, suggests the recent Maynooth ‘scandal’ implies that some have not kept pace with changing attitudes to sexuality in wider Irish society. 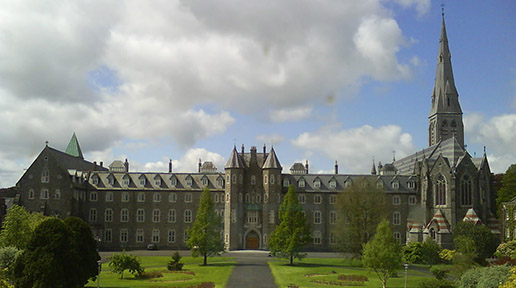 THE recent Maynooth ‘scandals’, to use the convenient media shorthand, seems to suggest that despite the major progressions surrounding LGBT rights in Ireland some attitudes remain relatively unchanged.

In particular, this remains the case for the more conservative pockets of Irish society and especially the Catholic Church.

Ireland and the Church has been subject to many sex scandals since the early 1990s but it appears that when it comes to members of our clergy and our convents being gay, (or straight for that matter) well, then all hats, or soutanes, are off.

We only have to look to an episode of The Late Late Show from a little over thirty years ago to see the moral panic that can be generated on the acknowledgement that priests and nuns can have a sexuality too.

On the release of their book, Breaking Silence: Lesbian Nuns on Convent Sexuality, Rosemary Curb and Nancy Manahan appeared on The Late Late Show to promote its release in Ireland.

Both Manahan and Curb were ex-nuns and lesbians who had risen to notoriety following the book’s release in the US.

Controversially, the publication contained within it interviews with women who entered convent life, only to later discover that they were lesbians.

Prior to its launch in Ireland, Nell McCafferty correctly predicted the book was ‘enough to create furore and a minor furore there will no doubt be’.

Immediately upon its release, a text acknowledging that nuns also have sexual inhibitions, and gay ones at that, was considered so heinous that the Irish customs authorities seized 1,500 copies on its arrival to the island.

It wasn’t just the customs authorities that were so scandalised. Middle Ireland wanted to have their say too.

In fact, they were so infuriated by both Curb and Manahan, that they mobilised themselves into a picket and protested outside of the Buswells Hotel on Molesworth Street, where the pair had been staying.

When The Late Late Show announced in the RTÉ Guide that same week that the ex-nuns would be making an appearance on that Saturday’s edition of the show, the telephone switchboards at RTÉ lit up with protest calls.

On the night of the broadcast itself, the shocked and appalled members of conservative Catholic Ireland held a vigil outside of the Montrose studios, where they erected a statue of the Virgin Mary, while being led by a priest through decades of the rosary as he was amplified from an ice-cream van on site.

Despite the furore caused during the week, the interview with the nuns ended up being not all that scandalous.

Despite getting one of the highest audience figures for any Irish TV show during the 1980s, the interview was fairly tame by Late Late standards.

Even Sr. Maura, an Irish nun from the Daughters of Sion who was on the panel that night, made the rather progressive comment reminding the Irish audience that the clergy don’t ‘leave their sexuality at the door’ when they enter religious life. 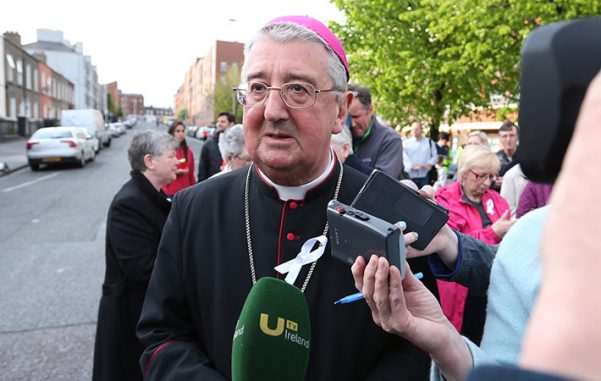 Perhaps it was this attitude that may have benefitted Archbishop Martin in his recent press statements on ‘the strange goings-ons’ at Maynooth.

Despite major changes to public attitudes since 1985 in wider Irish society, however, homosexuality is still clearly viewed as a problem by the church.

Looking at Late Late incident and the Maynooth story in tandem highlights that the church’s attitude to homosexuality has not changed but at least Ireland’s Catholic elite have not yet descended on St. Patrick’s seminary at Maynooth with an ice-cream van and a statue of the Blessed Virgin.