File Under:  So much for the sanctity of life.

In the Catholic Church, October is “pro-life month” – an organized focus on the Church’s teaching that life should be respected from the moment of conception to the time of natural death. Yet, “time of natural death” notwithstanding, the issue of war doesn’t even get a sentence.

The letter of the Archbishop of New York City, His Eminence Timothy Cardinal Dolan, chairman of the bishops’ committee on Pro-Life Activities, introducing this year’s activities, says nothing about war. There are brochures available for free download – on mercy, abortion, suicide, euthanasia and end of life care, fertility treatment, adoption, and the Care of Creation. War however is not a topic of concern. The bishops suggest intercessions and bulletin notes for the month of October, but invite no one to pray about war. The 18 page catalog of pro-life resources has nothing about war or peace. The bishops’ website section on Pro-Life Activities, has 15 topics, but nothing about war and peace. They provide lots of free social media for posts and tweets, but again, we find not one mention of war.

This cannot be an accident. How can it be anything other than a deliberate decision to marginalize the issue of Catholic participation in the unjust wars of the United States government? Alas, this latest maneuver is consistent with the U.S. Catholic bishops’ attitudes since the wars on Afghanistan and Iraq.

When the United States attacked the people of Iraq in 2003, Pope John Paul II judged that to be an unjust war, a decision confirmed by then-Cardinal Ratzinger, who later became Pope Benedict. He famously stated that there was no justification for a preventive war in Catholic teaching.

The US bishops’ position was summarized in their November 2002 statement: “With the Holy See and bishops from the Middle East and around the world, we fear that resort to war, under present circumstances and in light of current public information, would not meet the strict conditions in Catholic teaching for overriding the strong presumption against the use of military force.”

It is fair to ask, in light of subsequent history: Did the US bishops actually believe what they and Pope John Paul II said about this war? What actions – if any – followed their words?

One bishop certainly believed the Pope. The Most Reverend Michael Botean, of the Eparchy of St. George in Canton for the Romanians, wrote to his people during Lent 2003, saying: “Therefore I, by the grace of God and the favor of the Apostolic See, Bishop of the Eparchy of St. George in Canton, must declare to you, my people, for the sake of your salvation as well as my own, that any direct participation and support of this war against the people of Iraq is objectively grave evil, a matter of mortal sin. Beyond a reasonable doubt this war is morally incompatible with the Person and Way of Jesus Christ. With moral certainty I say to you it does not meet even the minimal standards of the Catholic just war theory. Thus, any killing associated with it is unjustified and, in consequence, unequivocally murder. Direct participation in this war is the moral equivalent of direct participation in an abortion.” (Emphasis added.) 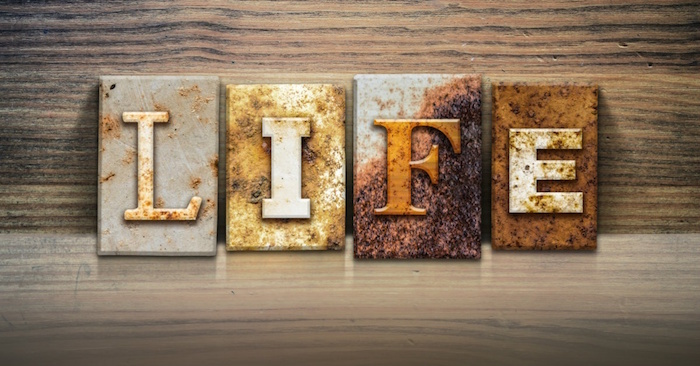 That level of moral certitude was not shared by the rest of the Bishops. Their response, as we moved directly to war, can only be described as moral relativism:

The Most Rev. Edwin O’Brien, then Archbishop for the Military Services, on the Solemnity of the Annunciation, March 25, 2003, advised Catholic members of the US Armed Forces:

“Given the complexity of factors involved, many of which understandably remain confidential, it is altogether appropriate for members of our armed forces to presume the integrity of our leadership and its judgments and therefore to carry out their military duties in good conscience.”

Praising the war by their faint condemnation of it.

Subsequent to these statements, the U.S. Bishops did not distinguish themselves as peacemakers. Indeed, for most of the bishops, the Iraq War was not an issue of concern. It may fairly be said that they praised the war with their few and faint criticisms of it. In 2006, I researched the individual statements about Iraq of the bishops who are responsible for dioceses in the US I searched the website of every diocese, the website of the primary daily newspaper in the diocese, and did searches via Google on the bishops’ names for statements made between 2002 and 2006 on the subject of Iraq.

Sine poena nulla lex. (Without penalty, there is no law.)

The refusal of bishops to issue canonical declarations such as that of Bishop Botean, and their public embrace of moral relativism on this critical Gospel of Life issue, gave the government and the armed forces tacit ecclesiastical approval to wage an unjust war against the people of Iraq. Their unspoken message was clearly understood by everyone concerned:

“Do what you will to the people of Iraq, we will not use our canonical authority to stand in your way. We will thus make it easy and morally comfortable for you to kill hundreds of thousands of people, many of whom will be women and children.”

The Iraq War had an objective moral reality that was independent of any person’s perception of its morality. It was either a just war or it was an unjust war. It could not morally be”both-and.” While it is true that people can come to different moral conclusions about international issues, it is not true that all of those opinions are correct, nor are they morally equal. Unjust war at all times and under all circumstances is a moral evil on the part of the aggressor.

Here is how Bishop Botean constructed his argument on the moral equivalency of involvement with the Iraq war and murder:

It is a tragedy of historic proportions that the United States Catholic Bishops turned a deaf ear to the cry of the people of Iraq for life and opted instead for moral relativism. Their behavior was so egregious that it seems to me to be material cooperation with the objective evil of unjust war.

The Fruits of Moral Cowardice

Since one-fourth of the US armed forces are Catholics, if the bishops had gone as far as Bishop Botean, the United States would have had difficulty waging its unjust war on Iraq. The impact of their moral relativism is all too evident. Millions of people throughout the Middle East hate us because someone that they knew and loved died in our war. We laid the foundation for the birth and success of terrorist groups such as ISIS. The Christian communities of Iraq and Syria have been devastated.

So if we look at what the bishops have not done in the past and are not doing today regarding the unjust wars of the United States, it’s hard to take them seriously when they speak about the “Gospel of Life.” Their own inactions and silences boldly proclaim that the United States Catholic Bishops don’t really believe that everyone has the right to life, from the moment of conception to the time of natural death. The people of Iraq never had that right in the eyes of our bishops. Too bad for them that they were in the way of the geopolitical maneuvers of the United States.

The bishops will no doubt protest “this is slander,” but let’s ask the people of Iraq what they think about these bishops’ “defense” of their right to life. This is a scandal as bad as the clergy sexual abuse tragedy, yet it flies under the radar. No one sees that the empire’s bishops are morally naked when it comes to war and peace.

One has to wonder when peace will get a chance with these bishops and they will defend all life, from the moment of conception, to the time of natural death, with the same intensity and vigor that they dedicate to raising funds for their annual diocesan appeal. In view of the lack of attention given to this issue by the bishops during their official “pro-life month,” the answer is evidently “don’t hold your breath.”

“Thus says the LORD regarding the prophets who lead my people astray; Who, when their teeth have something to bite, announce peace, But when one fails to put something in their mouth, proclaim war against him. Therefore you shall have night, not vision, darkness, not divination Then shall the seers be put to shame, and the diviners confounded; They shall cover their lips, all of them, because there is no answer from God. . . . Therefore, because of you, Zion shall be plowed like a field, and Jerusalem reduced to rubble, And the mount of the temple to a forest ridge.” Micah 3:5-7, 12