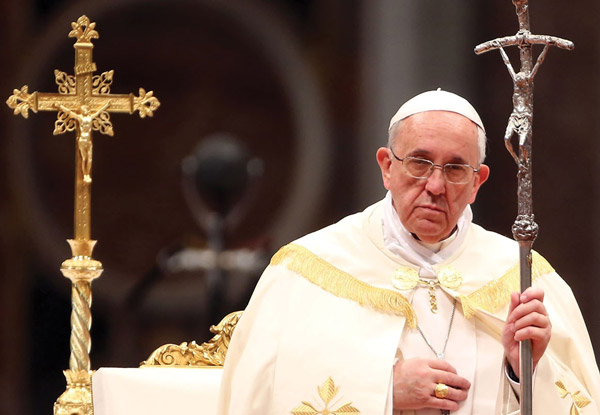 An organization of gay Catholic priests has written a letter to Pope Francis asking him not to endorse efforts to ban gay men from becoming priests.

The letter, a copy of which was released Wednesday, comes a week before bishops from around the world are expected to convene a meeting in Vatican City to address the clergy sexual abuse scandal.

Unfortunately, conservative interests are expected to hijack the meeting to push their own agenda: banning all gay men from the priesthood, based on an outdated stereotype that a person cannot experience same-sex attraction and be celibate.

The letter, signed by the chair of the Netherlands-based Working Group of Catholic Gay Pastors on behalf of the group’s members, objects to Francis’ past statements and a recent papal document advocating a continuation of policy (in place under Francis’ predecessors, John Paul II and Benedict XVI) that prevents openly gay men from being ordained as priests.

“Although the document states that the Church deeply respects the persons in question, it also makes the arbitrary and unfounded statement that: ‘Such persons, in fact, find themselves in a situation that gravely hinders them from relating appropriately to both men and women,’” the letter reads.

The group then enumerates and explains the reasons why it believes there should not be a ban on gay priests, noting that there are already countless numbers of priests who are gay, and that their sexual orientation alone does not disqualify them from living a celibate life or being able to provide religious guidance to their congregations.

“Heterosexual and homosexual seminarians and priests who are aware of the nature of their sexuality, who accept it as given by God, who are not ashamed about it, who can (learn to) speak about it in an appropriate and meaningful way, and who (learn to) deal with it properly in their role as a priest (or seminarian, are not the problem in our opinion,” the letter reads. “On the contrary, they can and do function well and have a valuable role to play within our Faith and Church.”

In contrast, the group argues, it is priests who “deny, disown, or suppress” their sexuality who are more likely to have problems, which can manifest themselves in the form of abuse or sexually inappropriate conduct.

“We have the distinct impression that the Vatican and the Congregation for the Clergy and perhaps even you yourself, tend to suggest that those priests who are openly gay are the ones responsible for the sexual abuse of children and minors. We disagree with this,” the letter continues.

“We believe that the current major crisis with respect to this context is primarily the result of the disapproval, suppression, denial and the poor integration of sexuality, and especially homosexuality, on the part of many individual priests and within our Church as a whole. One is simply unable or unwilling to discuss it, or banned from mentioning it, except within the sacrament of confession. In our view this is detrimental to the Church as a whole and to the priests themselves in particular.”

The priests also thank Pope Francis for showing consideration and compassion to gay and lesbian Catholics, but the current policy banning gay priests is in conflict with that consideration. As such, they ask Pope Francis to “review and correct the stipulation in Il dono della vocazione presbiterale that by definition disqualifies homosexual candidates to the celibate priesthood.”

Francis DeBernardo, executive director, New Ways Ministry, a national Catholic ministry of justice and reconciliation for LGBTQ people and the Church, says that, after a summer of headlines exposing several major abuse scandals, it has become apparent that the church hierarchy — and particularly conservative elements within it — are positioned to blame the presence of gay priests as one of the roots of the sexual abuse crisis.

“Cardinal McCarrick’s case, which received the most attention, was not a case of pedophilia. It was a case of adult non-consensual sex,” DeBernardo says. “So it quickly got labeled that this was not pedophilia, but a problem with gay priests. And a lot of the anti-gay forces in the Church quickly glommed onto that, and saw it as an opportunity. And it has since snowballed to becoming one of the issues that will be discussed [at next week’s meeting].” 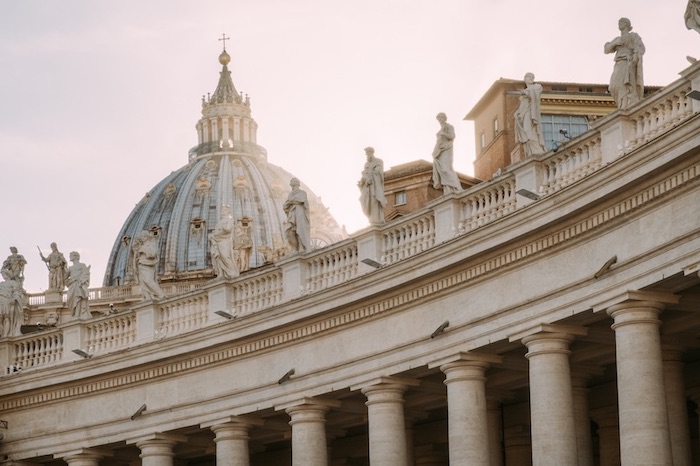 DeBernardo says that, even though Catholic Church teaching is not to condemn homosexuality, but only homosexual acts, there has been a deliberate conflation of being gay with being sexually active.

“The other reason I think they’re trying to rid the Church of gay priests is that they do not want to admit that gay people have lived holy lives and lives of service to the Church,” he adds.

DeBernardo worries that the Church risks failing to address the underlying causes of the sexual abuse crisis if they are obsessed with scapegoating only gay priests. Instead, he says, bishops and clergy should be looking at the secretive culture of the church, its treatment of priests as better or holier than they lay people in their parishes, a lack of support systems for priests — including discussions of what healthy celibacy looks like — and the lack of a screening process that might raise warning flags about would-be abusers.

DeBernardo also adds there may be more sinister motivations behind the scapegoating, including a desire to push the Church in a more authoritarian or conservative direction.

“The ones calling for scapegoating of gay priests are same ones who want to bring down the papacy of Pope Francis, because they see him as too liberal,” he notes. “Making the charge that he’s protecting gay priests is a way of weakening his authority. And it’s effective, because how do you prove there aren’t gay priests? It’s like the bogeyman in the closet. If you bring it up, it’s assumed that it’s real.”