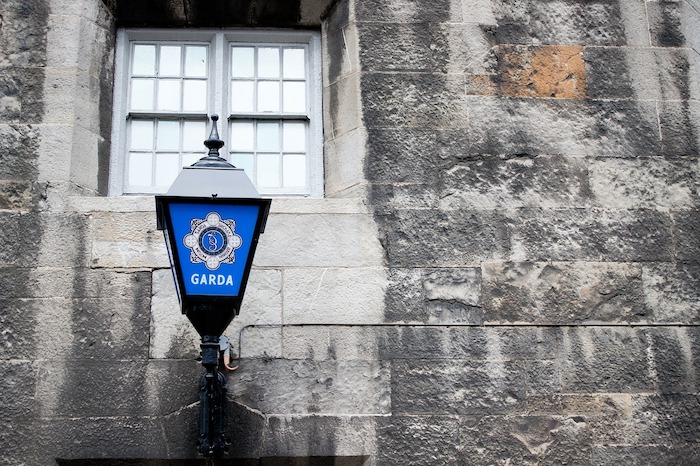 A well-known County Mayo priest who is an outspoken critic of same-sex marriage and labelled himself as a “beholder of all moral virtues” has been arrested due to the inappropriate contents of his laptop hard drive.

Police confirmed today to Meanwhile in Ireland that Father Doyle (63) was caught by peers watching illicit content on his laptop, who then informed the police of the priest’s questionable conduct.

Father Doyle remains in police custody and is facing charges of holding, viewing and distributing illegal content. State prosecutors remain confident of securing a conviction, with the judge presiding over the case said to have an aversion “for them slimy b***ards”.

Father Doyle first shot to national prominence during the 2015 referendum on whether or not to legalise same-sex marriage in Ireland. The Mayo man had signalled from the start his opposition to the move.

Father Doyle labelled the idea of same-sex marriage as an “affront to the teachings of our Lord Jesus Christ” and that it would be “the most immoral sin our nation has committed since we legalised divorce”.

He campaigned vigorously across the country, moving from parish to parish, and spouting homophobic after homophobic comments after another. He could be heard hissing “Those gays” when in the presence of a homosexual couple.

Directions to his clergy

Speaking to his clergy in a speech that was aired live on social media, the priest rolled back the centuries with his homophobic rhetoric. In no uncertain terms, Father Doyle forbade his clergy vote in favour of the move.

“Do not dare any one of you vote “Yes” to ‘marriage equality’. Saying the term makes my skin wrinkle. What right-thinking Christian would think they deserve equality in our churches? We are only men and women of a strong moral compass.

“As good Christians, we have a duty to live by the Bible and its teachings. Now, it doesn’t say anywhere in the Bible that gay people cannot marry. But you can ignore that part, cause I said so.”

Father Doyle was close to quitting the priesthood after Ireland voted overwhelmingly to legalise same-sex marriage, in a vote that was widely accepted across society. Ireland had “lost all moral right of speech” Father Doyle proclaimed after the results.

However, in a radical turn of events, Father Doyle soon hit the national screens again, but this time he was in handcuffs en route to the Gardaí police station after his phone, laptop and other personal belongings were seized for inspection.

Child pornography, amongst a range of other disturbing content, was found by police on his phone and laptop. It is not worth putting into words what else was found on the devices, but it is believed messages of support to disgraced fellow priests were saved on his documents.

Not so moral anymore

Meanwhile in Ireland have since learned that Father Doyle no longer claims to be “holier than thou” and has admitted that all of his moral rhetoric was a false pretence to cover up his actions. It may not be the last time we report this.