The Roman Catholic bishop of San Jose has been served with a lawsuit from a 23-year-old San Jose former altar boy who alleges a priest sexually abused him a decade ago.

Matthew Frazer alleges that as a shy boy in the eighth grade, he was fondled by Father Don Flickinger at St. Frances Cabrini Church in San Jose in December 2001.
“It’s unusual for victims to come forward this soon,” said the young man’s attorney, Tim Hale of Santa Barbara, explaining that 10 years, in his view, is not a long time to report a crime of sexual violence. “Some victims take this to their graves. Others, in their 30s, 40s or 50s after a lifetime of problems. This is way out of the ordinary.” 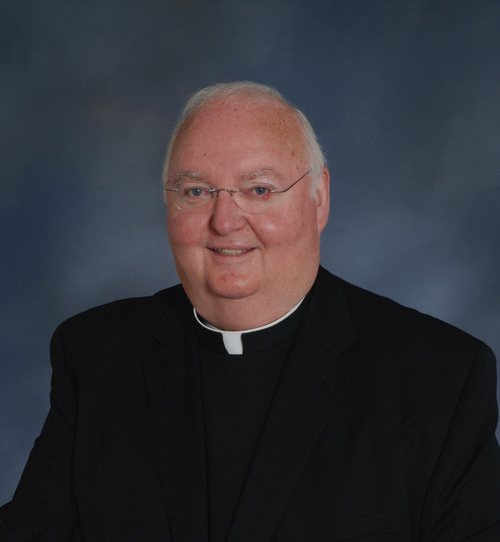 The priest grabbed the boy’s genitals as they sat on his bed, Hale said.
Kurt Seibert, Flickinger’s attorney, said Friday that the 76-year-old priest is now retired, living within the Diocese of Fresno.

“He denies all wrongdoing,” Seibert said. “The DA investigated this and there were never any charges filed.”

Flickinger has never been arrested or charged, his attorney stressed in Friday’s interview.

Frazer is now on leave from studying at California Lutheran University. Hale also said his client’s 2009 misdemeanor possession of child pornography conviction is directly related to his suffering as a sex victim.
The suit, filed Aug. 9 in San Francisco County Superior Court, alleges San Jose’s bishop, along with Catholic leaders in San Francisco and Fresno, were negligent because they knew or should have known that Flickinger had an inappropriate sexual behavior dating back to the 1960s when he worked in Fresno and did nothing about it.

The Roman Catholic Diocese issued a statement last month, stating Flickinger did indeed live within the San Jose diocese from 1991 to 2006 to care for “his ailing mother.” But the statement also noted that he was technically still part of the Fresno diocese and had “letters of good standing” there. The statement stressed Flickinger “is not and has never been a priest of the Diocese of San Jose,” and has not privileges to perform religious duties in San Jose since November 2006 .
But Hale said it doesn’t matter where Flickinger worked. Hale added he can produce several witnesses who can testify that Flickinger performed Mass and other ministry duties in San Jose, whether officially or not, for many years.

The Diocese of Fresno also issued a statement that says Flickinger is in “full retirement and residing” within the diocese. In general, the diocese said that any accused clergyman is placed on administrative leave with religious duties suspended, and that they will conduct an internal investigation.

Much of the lawsuit centers on Flickinger’s history in Fresno, after he was ordained in 1964, and served as a chaplain as San Joaquin Memorial High School. The suit lists several unnamed witnesses who complained that during the 1960s, Flickinger had several unflattering sexual nicknames because of how he allegedly called boys into his office or confessionals, touched them on their upper thighs, hugged them too long and asked them questions about their girlfriends or whether they masturbated. The suit alleges leaders in the diocese had to know about the priest’s reputation on campus.

The lawsuit said Matthew Frazer went to San Jose police in 2008. However, the suit also states that the priest was tipped off to the investigation somehow and therefore, was prepared to answer a taped phone call between Matthew and himself and denied any type of abuse.

The civil statute of limitations on a crime such as this is until the victim turns 26, or within three years of the victim making the connection between the abuse and a resulting psychological injury.