The Benedictine monastery Ettal in the German state of Bavaria announced Tuesday that it is paying 70 former pupils between €5,000 and €20,000 each in compensation, after decades of child abuse were uncovered there last year.
The compensation payments were determined by an independent board of trustees that judged each case individually. 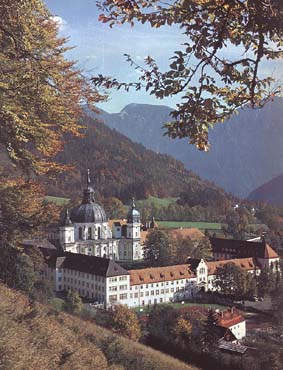 The cases, some of which dated back to the 1950s, included incidents of sexual and psychological abuse as well as severe beatings.

“The monastery was not included in the board’s decision-making process and had no influence on the size of the payments,” a board statement said.

The total sum of €700,000 includes the victims’ legal and therapy costs.

The organization representing the Ettal abuse victims welcomed the compensation payments and praised the Benedictine monks for showing the “courage and honesty” to deal with the claims and face the school’s dark history.

The organization also said the average compensation payment for Ettal victims – of €10,000 – doubled the average for Church abuse victims in Germany.

But the German Catholic Church still falls short of the payments handed out in other countries.

The Irish Church has paid out an average of €68,000 to each abuse victim, an organization statement said.

The organization also pointed out that the Pope’s visit to Germany will cost the Catholic Church €1 per member, while its compensation model for abuse victims – determined by the German Bishops’ Conference – cost the church €0.15 per member.

The monastery’s Abbot Barnabas Bögle and the head of the school Maurus Kraß both resigned in the wake of the scandal in February 2010, following pressure from Archbishop of Munich Cardinal Reinhard Marx.

But the Benedictine monks re-elected Bögle later in the year after the Vatican declared there was nothing standing in the way of his return to office. Kraß was also reinstated by the Bavarian Education Ministry later.

At the time, both admitted that regulations on reporting accusations of abuse had not been followed, but a Vatican committee came to the conclusion that the former leaders of the abbey had done nothing wrong regarding the abuse scandal.