A Roman Catholic nun says the church hasn’t properly addressed the issue of sexual abuse at the hands of priests since the Mount Cashel orphanage scandal of the 1980s.

Sister Nuala Kenny, a pediatrician who was a member of a commission that looked into child sexual abuse by priests in St. John’s, N.L., from 1989-91, said the reaction from clergy was to turn a blind eye to the abuse and to move the offending priest to a new parish. 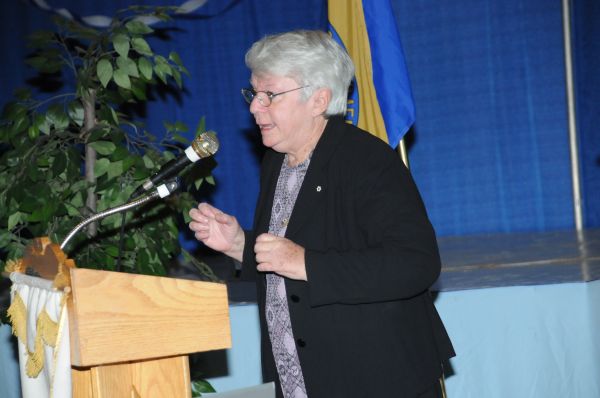 “It nearly killed me to be a nun, a baby doctor, sitting there listening to people describe what had happened when men of God, priests of my church, had offended against their children and teenagers,” Kenny told about 200 people at the Dalbrae Academy in Mabou.

“It nearly broke my heart. The devastation that occurred was truly heartbreaking, but I thought we learned something, I thought we wrote something important.”

The commission that Kenny served on recommended the creation of the Canadian Conference on Catholic Bishops ad hoc committee on child sexual abuse.

Without participation by Canadian bishops to deal with the systemic problems that made sexual and physical abuse possible, the church can’t begin to heal itself so it can tackle other problems, such as declining church attendance, she said.

“We have not addressed, ‘Why has it happened the way it has happened? Why have we dealt with it the way we have?’ ”