Tens of thousands of children have suffered sexual abuse in Dutch Catholic institutions since 1945, a report says. 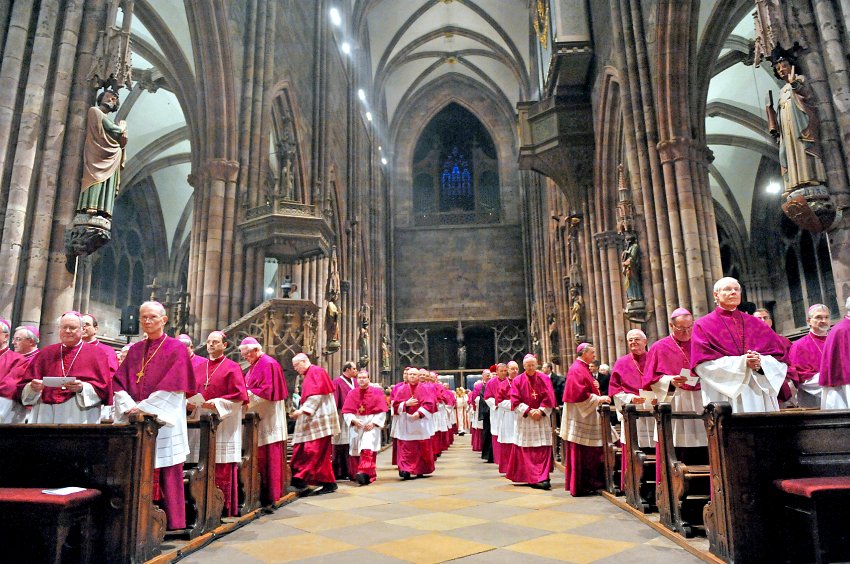 The report by an independent commission said Catholic officials had failed to tackle the widespread abuse at schools, seminaries and orphanages.

But the report also found that one in five children who attended an institution suffered abuse – regardless of whether it was Catholic.

“This episode fills us with shame and sorrow,” said a bishops’ statement.

The commission, which began work in August 2010, sought to uncover what had gone on and how it had happened, and examined what kind of justice should be offered to victims.

It was triggered by allegations of abuse at a Catholic school in the east Netherlands, which prompted other alleged victims to come forward.

It studied 1,800 complaints of abuse at Catholic institutions, identifying 800 alleged perpetrators, just over 100 of whom are still alive.

It also conducted a broader survey of more than 34,000 people, to gain a more comprehensive picture of the scale and nature of abuse suffered by Dutch minors.
Continue reading the main story

The report estimates that 10,000-20,000 minors were abused in the care of Catholic institutions between 1945 and 1981, when the number of Church-run homes dropped. In the years between 1981 and 2011, several more thousands suffered at the hands of priests and others working for the Church.

Most of the cases involved mild to moderate abuse, such as touching, but the report estimated there were “several thousand” instances of rape.
‘Widespread in Dutch society’

“The problem of sexual abuse was known in the orders and dioceses of the Dutch Catholic Church,” the commission says, according to news agency AFP, “but the appropriate actions were not undertaken.”

A taboo on discussing sexuality in society until the 1960s and the Catholic Church’s “closed” administrative structure were some of the reasons for the official failure to respond effectively to the problem, the commission said.

“Then again, people simply could not believe that a religious person could do that,” commission chief Wim Deetman told a news conference.
Continue reading the main story

What was happening was sexual abuse, violence, spiritual terror, and that should have been investigated”
— Bert Smeets Abuse victim

The report also estimates that one in 10 Dutch children have suffered some form of abuse, rising to one in five among those who had attended an institution – regardless of whether it was Catholic.

“Sexual abuse of minors is widespread in Dutch society,” the commission reportedly said.

Bert Smeets, an abuse victim who attended the presentation of the report, said it did not go far enough in detailing precisely exactly what happened.

“What was happening was sexual abuse, violence, spiritual terror, and that should have been investigated,” Mr Smeets told the Associated Press news agency. “It remains vague. All sorts of things happened but nobody knows exactly what or by whom. This way, they avoid responsibility.”

According to AP, prosecutors say the inquiry referred 11 cases to them – without naming the alleged perpetrators. They opened only one investigation based on those reports, saying the other 10 did not contain enough detailed information and appeared to have happened too long ago to prosecute.

Mr Deetman, a former government minister, headed the commission, which also includes a former judge, university professors and a psychologist.

Its findings have been keenly awaited by the Dutch population, 29% of whom are identified as Catholic, the BBC’s Anna Holligan reports from The Hague.