With reports of child sexual abuse rocking two college sports programs, New York State lawmakers plan to revisit lifting time limits on lawsuits by victims, an issue that has pitted the Roman Catholic Church and other institutions against advocates for children.
Related 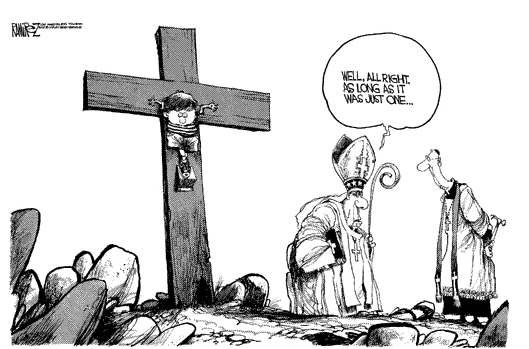 Fearing millions in payouts, the church, as well as schools, municipalities, synagogues and others with potential liability, has helped block similar measures in New York. The Assembly has passed legislation three times, with the bills dying in the Senate.

Assemblywoman Margaret M. Markey, a Queens Democrat, is the chief sponsor of the current bill, which includes a one-year window for victims to file previously barred claims. The current statute of limitations in New York for civil claims is five years after the episode has been reported to the police or five years after the victim turns 18. (State lawmakers in 2008 lifted the time limits altogether for first-degree rape, aggravated sexual abuse and multiple acts of sexual conduct against a child.)

Ms. Markey said that abuse was an issue across society and that recent cases at Penn State University, Syracuse University and other institutions had undercut the claim that her bill was anti-Catholic.

“It is something we have to deal with as a society and protect our children,” Ms. Markey said. She said research shows that 20 percent of children are affected by sexual abuse, that the trauma is lifelong and that, for many victims, the one-year window might be the only way to get justice. She has sought support for her measure from the administration of Gov. Andrew M. Cuomo.

On Wednesday, Mr. Cuomo said he would introduce legislation to require college and high school coaches to report possible child sexual abuse to the police. “Parents need to be sure that their children are safe in programs and activities that are organized by and at colleges,” he said.

College employees are currently not required to report suspected child sexual abuse to the authorities, according to the governor’s office, though for public school teachers, reporting is mandatory. Mr. Cuomo said his proposal would close that gap.

Assemblymen James N. Tedisco and George Amedore made a similar proposal in November.