Authorities in the Roman Catholic Church in Ireland were slow or did nothing to notify civil authorities and the Vatican of hundreds of allegations of clerical child sexual abuse over several decades, according to independent audits of six dioceses published simultaneously on Wednesday. 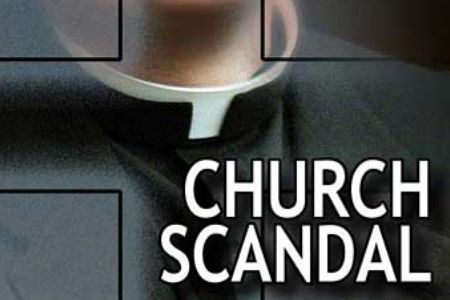 The church-sponsored National Board for Safeguarding Children in the Catholic Church in Ireland found allegations of widespread abuse in every diocese it investigated, saying that 85 priests in the six dioceses had been accused of 164 sexual assaults on children since 1975, but that only 8 were convicted. Of the 41 still alive, 30 no longer serve as priests.

Many victims, police investigators and advocates dismissed the report as another whitewash by the church. One victim, Martin Gallagher, said on RTE, the national broadcaster, that it was not “worth the paper it’s written on.”

The audits cover the Archdiocese of Tuam and the Dioceses of Raphoe, Derry, Dromore, Kilmore, and Ardagh and Clonmacnois. Most attention focused on the northwestern rural Diocese of Raphoe, where a notorious pedophile priest, the Rev. Eugene Greene, was based.

Father Greene was allowed to serve in eight parishes during 25 years of abuse he inflicted on children. In 2000, he was sentenced to 12 years in prison after pleading guilty to 41 charges of sexual assault against 26 victims from 1962 to 1985. He was released in 2008.

In the case of Raphoe, the church panel concluded that successive bishops — including the present one, Bishop Philip Boyce — had displayed “significant errors of judgment.”

“Too much emphasis was placed on the situation of the accused priest and too little on the needs of their complainants,” the report found. “Judgments were clouded, due to the presenting problem being for example, alcohol abuse and an inability to hear the concerns about abuse of children, through that presenting problem. More attention should have been given to ensuring that preventative actions were taken quickly when concerns came to light.”

In a written statement issued after the publication of the audit, Bishop Boyce acknowledged “very poor judgments and mistakes” and apologized for them.

“There were horrific acts of abuse of children by individual priests that should never have happened, and if suspected should have been dealt with immediately in the appropriate manner,” he said. “Insufficient emphasis was placed on the needs of victims, often in the misguided attempt to protect the reputation of the church.”

Although the board, under the stewardship of its chief executive, Ian Elliott, concluded that all of the dioceses concerned were now carrying out stringent child protection measures, the audits have been criticized for failing to specify the past errors referenced in the reports and, in large part, those responsible for them.

For instance, the audits failed to uncover any documents in diocesan files pertaining to Father Greene, something that Bishop Boyce described as “incredible.”

“It is hard to credit that no word was passed on to the authorities, and it was probably the culture of the time that people didn’t speak to anyone,” he said.

A former police detective who investigated Father Greene rejected this explanation and described the Raphoe report as “a whitewash and an insult to victims.”

The former detective, Martin Ridge, was quoted in The Donegal Democrat, a local newspaper, as saying, “What we witnessed in west Donegal was just carnage that you wouldn’t ascribe to any civilized society.”

Maeve Lewis, executive director of a victims’ advocacy group, One in Four, welcomed the audits’ findings of significant progress in “putting in place child protection measures in the six dioceses.” But she remained concerned about “the number of priests against whom allegations have been made who are still in ministry.”

The Catholic Church in Ireland has been devastated in recent years after reports detailed decades of clerical sexual abuse of children.