A former student at Nolan Catholic High School who says he was abused by a priest who taught there filed suit Tuesday against the Roman Catholic Diocese of Fort Worth and Bishop Kevin Vann. 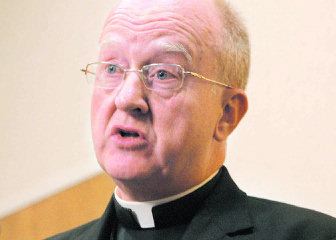 The suit also names the Claretian Missionaries of the U.S. Western Province.

The suit states that the diocese, the order and Vann had prior knowledge of the sexual proclivities of Father William Paiz yet continued to assign him to positions of trust, such as religion instructor at Nolan.

The suit states that between 1983 and 1987, Paiz sexually assaulted the plaintiff at All Saints Catholic Church, St. George Catholic Church and other locations.

Tahira Khan Merritt, the attorney for the former student, who is now an adult, said she believes that Paiz is still affiliated with the Claretian Order and may continue to serve as a priest in another state. Paiz’s status could not be confirmed Tuesday.

“My client notified them over a year ago, and they did nothing,” Merritt said Tuesday. “That’s why he filed a lawsuit. He wanted to do everything he could to protect other children and be sure that nothing like this ever happens to another child.”

Paiz’s name is on a list of priests “who had allegations with a semblance of truth made against them regarding sexual misconduct with minors,” a file on the diocese website states. “The list includes priests who were diocesan priests of the Diocese of Fort Worth and those who served within the territorial limits of the Diocese of Fort Worth when the incidents of abuse were alleged to have occurred. None of these priests are currently in active ministry” within the Fort Worth diocese.

A spokesman for the diocese said church officials had no comment about the suit because they had not had time to read it.

It was not clear when Paiz’s name was added to the list of priests who have been vetted by the diocese.

“Someone has obviously made allegations against Paiz, but it could be the same person that filed the lawsuit,” said Pat Svacina, the diocese’s spokesman.

A Nolan spokeswoman directed inquiries about the suit to the diocese.

Merritt said that after Paiz’s name was added to the list, church officials did nothing to inform the public about it.

“This list has been posted on the diocese’s website for many years, but the current webpage bears no revision date and the diocese has made no effort to publicize the addition of the two new names of Claretian priests who abused minors in the diocese,” Merritt said. “So what good is it?”

The second new name on the list is Father Henry Herrera, who is also in the Claretian order. No information was available about him late Tuesday.