The Catholic Diocese of Savannah and two of its bishops have been sued in South Carolina over alleged sexual abuse of a minor by former priest Wayland Y. Brown. 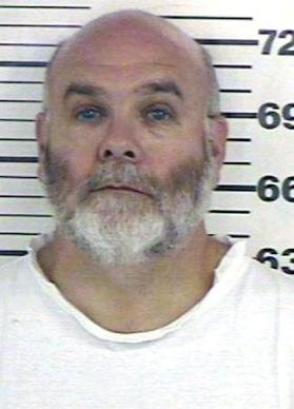 The suit, filed Nov. 16 in the Court of Common Pleas in Ridgeland, alleged that Brown abused a Savannah youth whom he met through youth programs at Savannah’s St. James Catholic Church and school in the mid-1970s.

According to the suit, the victim, a “devout Catholic” identified as John Doe, was sexually abused by Brown on various church and school properties as well as in various locations in South Carolina.

The Roman Catholic Diocese of Savannah and bishops Raymond Lessard and Gregory Hartmayer are named as defendants in the suit.

The 25-page suit also alleged the church “knew or should have known” Brown was assaulting the victim and the church used “a policy of concealment, secrecy and obfuscation of child abuse by church employees and priests.”

The suit asks for a jury trial to determine damages.

Brown, 67, was ordained in the diocese in July 1977, allegedly over the objections of some diocesan staff, by then-Bishop Raymond Lessard and in 1988 served as associate pastor at St. James Parish in southside Savannah.

Hartmayer was installed as bishop Oct. 18.

Brown was removed from active ministry in July 1988.

Bishop J. Kevin Boland, who served between the two named bishops and is not a defendant in the civil case, started the process to remove Brown from the priesthood in February 2003.

The Vatican dismissed Brown from the priesthood in December 2004. Brown voluntarily agreed to return to Maryland in June 2002 to face prosecution on charges of molesting a Maryland teenager decades earlier.

He pleaded guilty in a Maryland court in November 2002 to charges of child abuse and battery for performing sexual acts on a teenage boy and his younger brother between 1974 and 1977.

He was sentenced to 10 years in prison, but in April 2008 was released after serving five years based on good behavior.

Brown has not been charged with sexual abuse in the Savannah area, but at least one man has claimed he was molested by a former St. James priest.

“Father Brown is a convicted sex offender,” said Charleston attorney D. Scott Beard, one of John Doe’s lawyers. “According to our lawsuit, he was placed in a position of authority with young boys even though church officials knew of his inappropriate sexual behavior with minors.”

Beard said Brown “left a trail of child victims in the places where he was assigned by the Catholic Church. If Church officials had not acted recklessly in allowing Father Brown to be around children, they could have prevented John Doe and others like him from being abused.”