A popular music teacher at St. Ann Catholic School in north St. Louis County recently was fired after church officials learned that he planned to marry his male partner of 20 years in New York, one of a handful of states where same-sex marriage is legal. 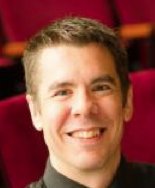 The teacher, Al Fischer, confirmed to the Post-Dispatch that he was fired Feb. 17 from his job of four years at the school. When asked to comment on his firing, Fischer declined and referred to a letter emailed to his students’ parents shortly after his termination.

In the letter, Fischer tells parents of “my joyful news, and my sad news” — the former being his plans to marry his longtime partner in New York City, and the latter, “that I can’t be your music teacher anymore.”

Fischer’s partner, Charlie Robin, executive director of Washington University’s Edison Theatre, told the Post-Dispatch that the couple’s relationship was in no way a secret at St. Ann and that Fischer was fired after a representative of the St. Louis Archdiocese overheard him talking to co-workers about his wedding plans.

Shortly thereafter, according to Robin, Fischer was told he would be fired March 9, the couple’s 20th anniversary and the day of their planned nuptials. But after Robin posted the news of Fischer’s soon-to-come firing on Facebook on Feb. 16, Fischer was fired the next day, Robin said.

Asked about the Archdiocese’s role in the firing, a spokeswoman replied in an email that the Archdiocese “fully supports the action taken at St. Ann Parish School as it is in full compliance with the Christian Witness Statement signed by every educator in the Catholic school system.”

The spokeswoman did not offer any other details about the decision.
The Rev. Bill Kempf, St. Ann’s pastor, said in an emailed statement that the parish was “recently informed by one of its teachers of his plan to unite in marriage with an individual of the same sex. With full respect of this individual’s basic human dignity, this same-sex union opposes Roman Catholic teaching as it cannot realize the full potential a marital relationship is meant to express. As a violation of the Christian Witness Statement that all Catholic educators in the Archdiocese of St. Louis are obliged to uphold, we relieved this teacher of his duties.”

The Christian Witness Statement, which educators sign when applying for Archdiocese work, says all who serve in Catholic education should, among other requirements, “not take a public position contrary to the Catholic Church” and “demonstrate a public life consistent with the teachings of the Catholic Church.”

The Roman Catholic Church does not condemn homosexuals who remain “chaste,” but it takes a strong stance against same-sex marriage and homosexual acts.
Robin said his partner did, indeed, sign a witness statement. “We just didn’t realize we were making a ‘public’ stand,” Robin said. “There’s nothing that’s been hidden about our relationship at any point. I go to the staff parties. I show up at the school concerts. … It doesn’t matter until somebody with the Archdiocese is sitting in the room.”

Fischer’s firing comes on the heels of a Jan. 11 ruling by the U.S. Supreme Court that gives churches and their schools broad powers over employees. In its opinion in Hosanna-Tabor Evangelical Lutheran Church and School v. Equal Employment Opportunity Commission, the court upheld the “ministerial exception” that essentially says churches can’t be sued over employment decisions regarding those the church hires to “preach their beliefs, teach their faith and carry out their mission.”

Fischer’s firing is similar to the termination of a Catholic church employee in Charlotte, N.C.

Steav Bates-Congdon was the music director at St. Gabriel Catholic Church in Charlotte until he was fired last month after marrying his longtime male partner in New York in the fall.

One parent at St. Ann Catholic School who asked not to be identified said many parents were upset over Fischer’s firing, considering his impressive work with the school’s music program and his popularity among students and parents.

The parent and others with ties to the school told the Post-Dispatch that Fischer’s sexual orientation was well-known.

Among his roles as an area musician, he is artistic director of the Gateway Men’s Chorus, which, according to the group’s website, “affirms and promotes gay culture and acceptance through excellence in musical performance and education.” A biography of Fischer on the group’s website includes a reference to his partner of 20 years.

In his letter to parents, Fischer wrote: “I think the word has been well spread that this is not the fault of St. Ann School or its leadership, and I want to emphasize that I get that, too.” It added that the school’s principal and the parish priest “are still there for me in a big way.”

The letter encouraged parents to talk to their children. “A family conversation about whether or not justice was served here could be a great thing,” it read. “I do not want the lesson from this for the kids to be, ‘Keep your mouth shut, hide who you are or what you think if it will get you in trouble.'”