The Vatican newspaper on Wednesday suggested those responsible for revealing sensitive internal documents alleging corruption and a cover-up were irresponsible, undignified “wolves,” the latest twist in what has become known as “Vatileaks.” 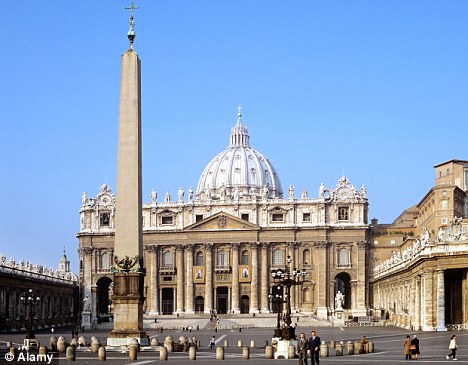 But an editorial in the Osservatore Romano, while renewing criticism of some media handling of the scandal, also said that the Catholic Church should see the current image crisis as a chance to purify itself.

It was the latest chapter in a saga in which the Vatican has had to scramble to deal with what one spokesman called its own version of “Wikileaks” and what the Italian media have dubbed “Vatileaks.” It also coincided with the publication of new leaks about the Vatican bank.

The editorial was ostensibly to mark the 30th anniversary of the arrival in Rome from Germany of then Cardinal Joseph Ratzinger, who was elected pope in 2005, to take up the powerful post as head of the Vatican’s doctrinal enforcer.

But in a section about current events, it described the pope as a man who “is not stopped by wolves” and that he was ready to stand up to “irresponsible and undignified behavior.”

A senior Vatican official familiar with the newspaper’s editorial line, asked if that part of the editorial which referred to wolves was criticizing those who have leaked the documents, said “even them” and added: “They certainly are not boy scouts.”

From leaked letters by an archbishop who was transferred after he blew the whistle on what he saw as a web of corruption and cronyism, to a leaked poison pen memo which puts a number of cardinals in a bad light, to new suspicions about its bank, Vatican spokesmen have had their work cut out responding.

But the editorial said the Church should see the entire episode, which some say is part of a power struggle inside the Vatican, as an opportunity for renewal.

The “irresponsible and undignified behavior,” the editorial said, “winds up becoming intertwined with the noise of the media, which is inevitable and certainly not disinterested, but which we need to see as an occasion for purification in the Church.”

The flurry of leaks has come at an embarrassing time – just before a usually joyful ceremony this week known as a consistory, when Benedict will admit more prelates into the College of Cardinals, the exclusive men’s club that will one day pick the next Roman Catholic leader from among their own ranks.

The letters showed that Vigano was transferred after he exposed what he argued was a web of corruption, nepotism and cronyism linked to the awarding of contracts to contractors at inflated prices.

Other leaks centre on the Vatican bank, which is trying to put past scandals behind it. They include the collapse 30 years ago of Banco Ambrosiano in a tangle of lurid allegations about money-laundering, freemasons, mafias and the mysterious 1982 death of Ambrosiano chairman Roberto Calvi – “God’s banker.”

The Vatican bank, formally known at the Institute for Works of Religion (IOR), aims to comply fully with EU standards on financial transparency in order to make Europe’s “white list” by June.

But the Il Fatto Quotidiano newspaper which has published most of the leaked documents about the Vatican bank, ran more confidential letters on Wednesday which it said pointed to an internal clash over just how transparent the bank should be about its past dealings.