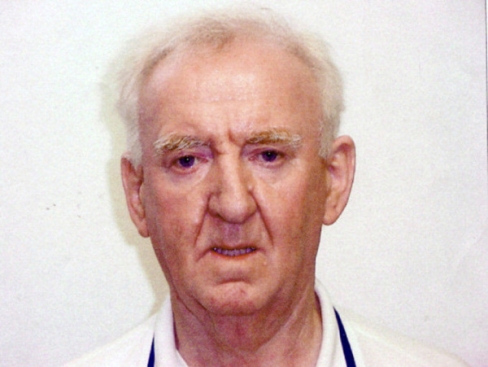 Denis Lyons, 78, of Seal Beach pleaded guilty to four felony counts of lewd acts upon a child under 14; the crimes took place between Jan. 1, 1992, and Dec. 1, 1995. Prosecutors said they expected Lyons to be sentenced May 25 to one year in jail and five years’ formal probation and be required to register as a sex offender for life.

Lyons was a priest at St. John the Baptist Catholic Church in Costa Mesa when the crimes occurred. Prosecutors said he assaulted the boy four times on church property when the boy was between the ages of 7 and 9.

Lyons was charged after the victim came forward in 2008. The retired cleric was arrested at Leisure World in Seal Beach as he played cards. That is same community where former priest and convicted child molester Michael Wempe also lived.

In 2003, Lyons was charged with molesting three boys between 1978 and 1981, also at St John. During that case, however, the U.S. Supreme Court struck down a California law that allowed prosecution of older sexual abuse cases. The decision prevented the prosecution of crimes that occurred before 1988.

In 2009, the Roman Catholic Diocese of Orange settled a lawsuit brought by a 24-year-old man who said Lyons sexually abused him repeatedly when he was a second-grader at St. John the Baptist. The man also accused the diocese of conspiring to conceal the alleged sexual abuse.

A spokesman for the diocese said this week that Lyons was removed from ministry in 2002 and “was committed to a life of prayer and penance.”

The diocese has paid more than $4 million to settle civil suits against the retired priest.