BEWARE the collusion of a national hierarchy with it’s national political leadership. These men, and they are all men, have no conscience.

ARGENTINA’S FORMER military dictator said he kept the country’s Catholic hierarchy informed about his regime’s policy of “disappearing” political opponents, and that Catholic leaders offered advice on how to “manage” the policy. 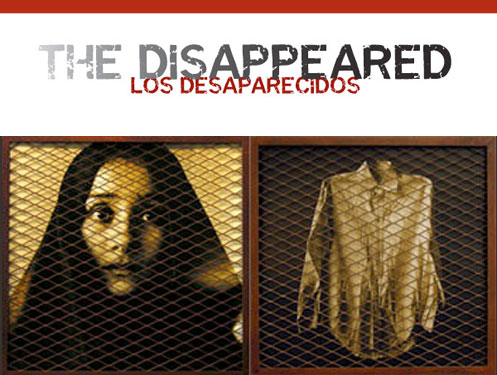 Jorge Videla said he had “many conversations” with Argentina’s primate, Cardinal Raúl Francisco Primatesta, about his regime’s dirty war against left-wing activists. He said there were also conversations with other leading bishops from Argentina’s episcopal conference as well as with the country’s papal nuncio at the time, Pio Laghi.

“They advised us about the manner in which to deal with the situation,” said Videla in a series of interviews conducted by the magazine El Sur in 2010 but published only on Sunday.

He said that in certain cases church authorities offered their “good offices” and undertook to inform families looking for “disappeared” relatives to desist from their searches, but only if they were certain the families would not use the information to denounce the junta.

“In the case of families that it was certain would not make political use of the information, they told them not to look any more for their child because he was dead,” said Videla. He said the church “understood well . . . and also assumed the risks” of such involvement.

The confession confirms long-held suspicions that Argentina’s Catholic hierarchy collaborated with the military’s so-called process of national reorganisation, which sought to root out communism. In the years following the 1976 coup led by Videla, thousands of left-wing activists were swept up into secret detention centres where they were tortured and murdered. Military chaplains were assigned as spiritual advisers to the junior officers who staffed the centres.

In contrast to the Catholic hierarchy in Brazil, where church leaders denounced that country’s military dictatorship and provided sanctuary to its victims, in Argentina bishops were prominent defenders of the regime against accusations of human rights abuses from abroad.

At the height of the state’s offensive, Cardinal Primatesta refused to meet with mothers of the disappeared who, in the face of violent intimidation and media silence, were seeking help in finding out what had happened to their missing loved ones. He also prohibited the lower clergy from speaking out against state violence, even as death squads targeted Catholic priests critical of the regime.

The cardinal’s defenders said he believed a break with the regime would be counter- productive and that in private he characterised disappearances and torture as against the Christian spirit. On his death in 2006 human rights campaigners in Argentina said he took to the grave many of the junta’s secrets after they failed to force him to testify about his dealings with it.

Accusations of collaboration with the junta also dogged the subsequent career of Laghi, who had been a regular tennis partner of the navy’s representative in the junta, Admiral Emilio Eduardo Massera, when in Buenos Aires.

The Mothers of the Plaza de Mayo human rights group tried to prosecute him in Italy for his involvement with Argentina’s dictatorship but the effort failed.

Videla is serving life in prison for human rights abuses committed while in power. Earlier this month a court sentenced him to 50 years for orchestrating the theft of babies born in captivity to women subsequently murdered by their military captors.

He gave the interview to El Sur on condition that it be published only after his death, saying he did not want to cause any more pain. But the magazine said it was released from its obligation after Videla subsequently gave a series of interviews to other journalists that were published.